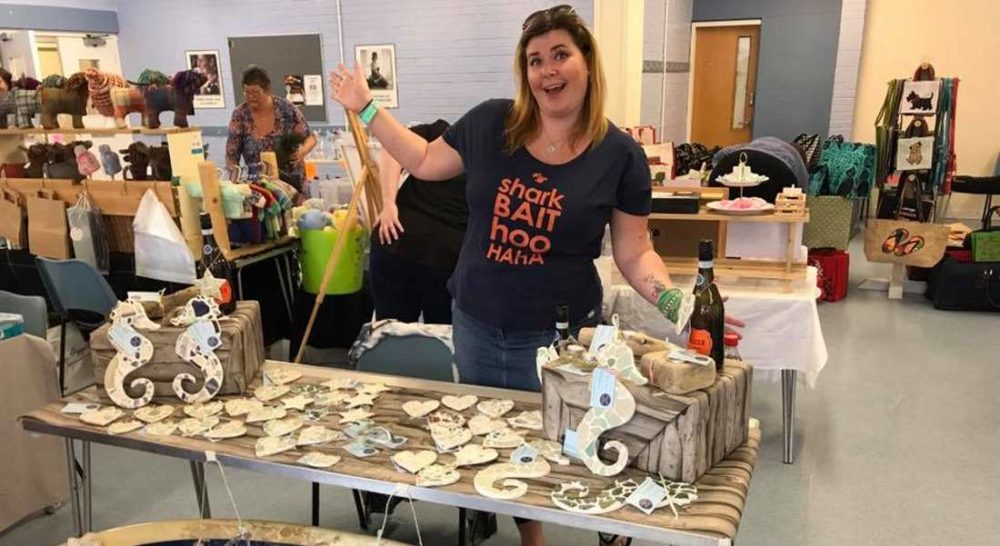 THE FAMILIES OF service personnel posted to Moray may love the lifestyle our region offers – but their particular expertise may not, alas, lend itself readily to the local economy.

Diversification therefore is fairly common – something Project Analyst Kirsty Gowton was quick to pick up on, and the result was ‘Shark Bait and Sprocket’.

RAF Lossiemouth wife Kirsty explained: “We have a Bearded Collie called Sprocket who needs lots of exercise – and since we’ve been here he’s become a right salty sea dog so we take him to the beach as often as possible.

“While we’re there we always do a two-minute beach clean – this is when you spend two minutes picking up litter and popping it in the appropriate bin. To be fair, we pick up everything we find on the beach and spend much more than two minutes.

“While we’ve been dog walking and beach cleaning I’ve been collecting sea glass and sea pottery, I see it as my little prize for cleaning the beach. Once I ended up with loads of the stuff I thought it would be a good idea to try and make something out of it.

“That is when Shark Bait and Sprocket started, I make the sea glass and sea pottery into mosaics, which I then sell on my Facebook page.”

Kirsty said her mosaics have been sold to many people locally since – both through her Facebook page and in some local shops such as Crafted in Elgin and Hellygog at Logie Steading.

Soon they will also be available from a shop at Hopeman Harbour, while some have even been posted overseas to customers in Oman, the Falkland Islands and the United States.

To find out more about Kirsty enterprising business, visit Shark Bait and Sprocket on Facebook.