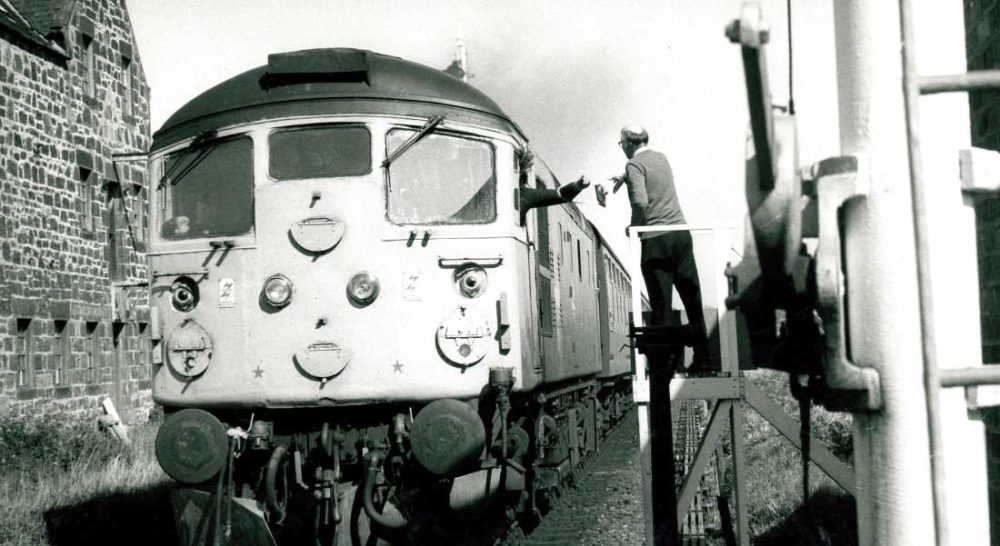 A SMALL SLICE of Elgin heritage will disappear this weekend as the rail works at Elgin will ultimately call a halt to a decades-old tradition.

That is the view being expressed by local man Crinan Dunbar, who will look on the temporary closure of the crossing at Wards Road as a little more than a brief intrusion.

Part of wider plans to improve the Inverness to Aberdeen rail link through Moray, engineers have been busy around Forres and Elgin stations with several closures to allow them to work unhindered – over the next three days that will see no trains between Keith and Forres and the crossing in Elgin denied to road users.

Reflecting on the changes to tradition that the works will ultimately bring, Crinan said: “Elgin West signal box will close I suspect as part of the work to increase the length of the passing loop (a double track section where trains going in opposite directions pass or a faster train can overtake a slow one) at Elgin.

“Most lines North of Aberdeen are single track. To enter a section of single track a train driver needs a token, and only one token is held by any one train at any time, so that there is only one train on the track to avoid collisions.

“Modern signalling systems do this digitally, but currently a physical token is used. The attached photo is from 1982 – this is a passenger train going West to Forres where the next passing loop is, and the signalman is giving the driver the token required to go on the single track section.

“He also checks that the crossing is clear of people and vehicles. In due course this will be done by CCTV I suspect from Inverness as will the control of the signals.

“So, this weekend when the crossing at Wards Road is closed this is ultimately so that another part of Elgin and Moray’s heritage will disappear.”

Our thanks to Crinan – got a point to make on news or events happening in Moray – or just old images with a story to tell about changing life in our communities? Email them please to editor@insidemoray.news.