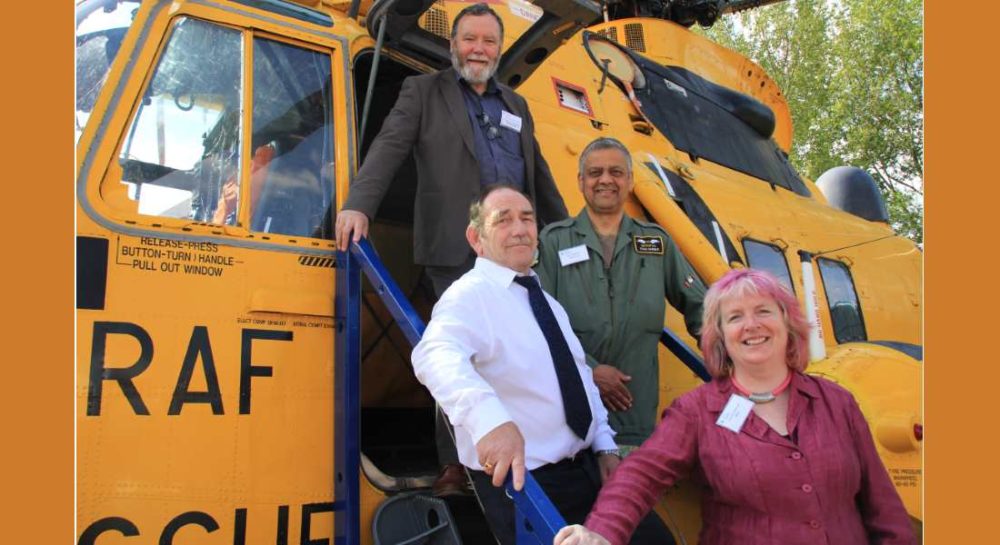 EIGHTY PEOPLE FROM agencies, businesses and community groups gathered at Kinloss yesterday to learn more about the latest LEADER funding programme that will pump £3.5million into local initiatives.

Professor Sarah Skerratt from the Scottish Rural College was guest speaker at the launch in the Morayvia Sci-Tech centre, which itself benefited from past LEADER funding rounds alongside such as Keith Community Radio and Findhorn Bay Arts.

The Moray LEADER programme supports communities and businesses across the region by funding projects that contribute to economic and community development and that help to build a better future for Moray.

It is managed by the Moray Local Action Group and funded by the Scottish Government and the European Community LEADER Programme 2014-2020, with a budget of around £3.5 million to fund projects and to run the programme in line with the Moray Local Development Strategy.

LEADER will fund innovative projects that are based in Moray – and that contribute to achieving the priorities and objectives of the Moray Local Development Strategy. Priorities for funding include Community-based, Rural Enterprise and Farm Diversification projects.

Uniquely in Scotland, the Moray LEADER is not being run by the local Council but by the Third Sector Interface, tsiMORAY.

Alastair Kennedy, Chair of Moray Local Action Group (LAG) said: “This is an opportunity for people, supported by LEADER, to find innovative solutions which overcome hurdles they find in areas like building improved local supply chains for Moray foodstuffs, adapting to the future needs for a low carbon economy and helping small business survive and become sustainable.

“Social enterprise is already well founded here in Moray but LEADER offers an opportunity to increase that footprint and also for those involved in tourism to enhance the visitor experience. Because LEADER is a grass-roots approach it is focused on helping the people on the ground create change across Moray – and beyond – and we look forward to that being achieved.”

Professor Skerratt added: “I am thrilled to be speaking at the launch of Moray LEADER. The programme will make a significant impact for individuals and across Moray for the next three years. It’s going to blaze a trail as a shining example for communities to lead their local development post-2020.”

Fabio Villani, Chief Officer of tsiMORAY said: “We are very proud that Moray is blazing a trail as the first area in Scotland where LEADER is run by a third sector organization rather than a local authority.

“We are a young organization and still developing but I am confident that we have the energy, the capacity and the connections to deliver a programme of funding and support that will benefit communities, businesses and social enterprises throughout Moray.”

More information on the programme can be found on the newly re-launched Moray Leader website.