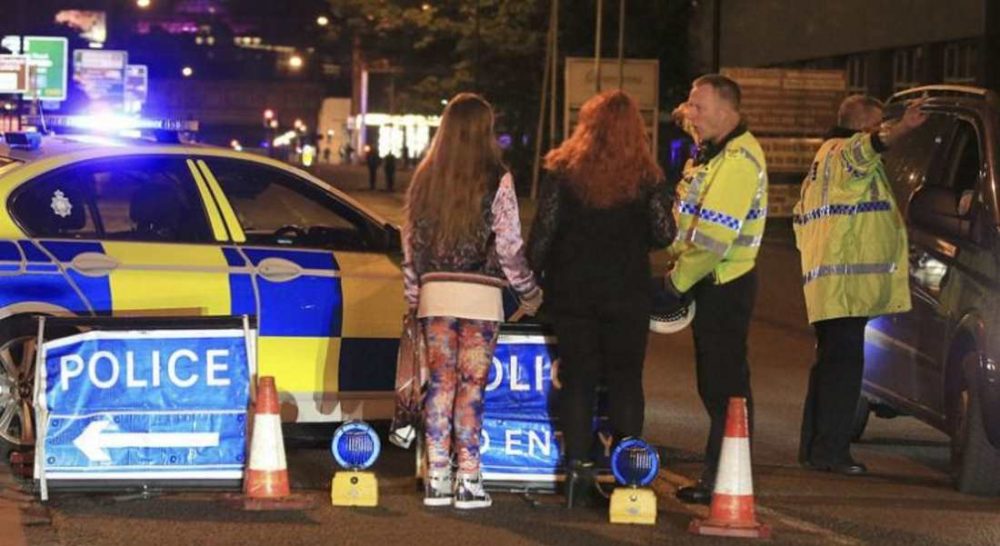 POLITICAL CAMPAIGNING IN MORAY has been halted today as a mark of respect for those who lost their lives in the bombing at a concert hall in Manchester.

All parties nationally and locally have called on their members to cease canvassing activities until further notice.

The latest casualty figures from the Manchester attack last night is 22 killed, several of them children, and 59 have been reported as injured and being treated at various hospital in the city. Police have confirmed that it was a terror attack with the person responsible understood of have died in the attack.

A statement from Moray SNP this morning said: “Our thoughts are with everyone affected by the horrific attack in Manchester. Political campaigning is suspended by Moray SNP until further notice. Please do not undertake any canvassing or leafleting at this time.”

Other parties are expected to follow suit as Scottish and UK ministers arranged emergency meetings to look at the wider impact of the attack on Manchester.

Earlier today First Minister Nicola Sturgeon said: “My thoughts are with the victims, their families and all those who have been affected by this barbaric attack in Manchester.

“The Scottish Government is working with Police Scotland and the UK Government to ensure that we have a full understanding of the developing situation.

“I will convene a meeting of the Scottish Government’s Resilience Committee this morning to receive an update and to consider any implications for Scotland.”

Confirming that the Conservative Party has ceased canvassing as a mark of respect, regional MSP Douglas Ross said: “This was a truly sickening attack which clearly targeted children and families who were attending what should have been a memorable evening of entertainment at the Manchester Arena, sadly now a night which will be remembered by many for the saddest of reasons.

“My thoughts at this time, and I am sure I echo the feeling of the whole of Moray today, are with the families of those tragically killed  or those injured and indeed those families who are still frantically searching for news of their loved ones.  We must also recognise the bravery of so many who walked into danger to help others.

“It is only right that candidates of all parties take this time to remember those affected by this most heinous of acts.”

Thousands of fans gathered at the Manchester Arena to see US star Ariana Grande – many from Scotland as the Manchester date was the farthest north in the UK leg of the tour.