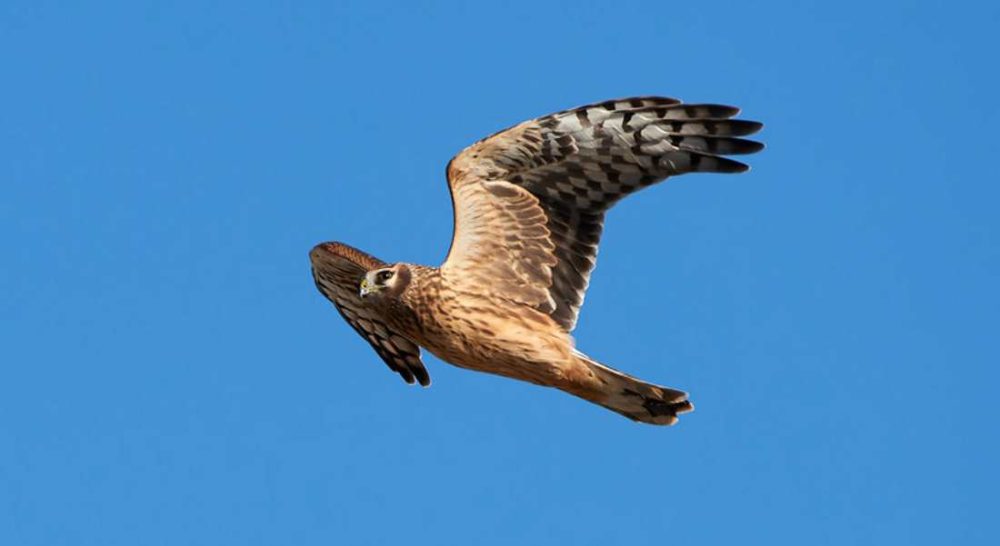 MEMBERS OF A HOLYROOD committee are demanding an explanation from the Crown Office over their ‘lack of consistency’ in prosecuting wildlife crime.

The move comes on the back of an incident in Moray in June 2013 which was captured on film and suggested that a hen harrier had been illegally killed.

Earlier this month Moray’s MSP, Richard Lochhead, challenged the decision at First Minister’s Questions, saying: “The public in Moray and throughout Scotland want to see endangered species like our local hen harrier populations protected and anyone who intentionally kills such wildlife brought to justice.”

It was RSPB Scotland’s cameras that captured the incident on the Cabrach Estate from a camera that was actively monitoring the nest of a breeding pair of hen harriers – but the Crown Office said that the video evidence could not be used in court.

Wildlife campaigner Chris Packham accused the Crown Office of lacking consistency – while the prosecution service said their actions were appropriate as the RSPB investigators had entered the land and gathered evidence for the purposes of prosecution – therefore rendering it inadmissible.

Now the Environment, Climate Change and Land Reform Committee at the Scottish Government has written to the Crown Office “seeking clarification on evidence admissibility”.

In their letter the committee convener Graeme Dey has said: “The committee has noted recent high profile instances where video evidence of alleged offences was available and not utilised, it has been suggested, on the grounds of admissibility.

“Our committee has today written to the Crown Office seeking clarity on the use of evidence, particularly video evidence, in helping to address crimes against Scotland’s precious wildlife. These days, there’s clearly an argument for the use of video, CCTV, or even social media to be considered when a crime against any animal is alleged to have been committed.

“And, as it’s often the case that poaching or killing of wildlife occurs in some of the most remote areas in Scotland, these crimes can sometimes go under the radar because there is no one around to act as a witness.

“In light of recent events, we’ve asked the Crown Office for information on the admissibility of evidence, including video and CCTV, whether there is any clear guidance on this, and how they interpret whether evidence is admissible or not.”

A Crown Office spokesman said: “The investigation of crime is subject to rules which have developed over many years and aim to strike a balance between enabling justice to be done and protecting the public from illegal or irregular invasions of their liberties.

“The Crown requires to, and will, apply the law fairly and independently to the circumstances of each case. Discussions have taken place over a number of years between RSPB and COPFS about the admissibility of evidence obtained through the use of covert surveillance.

“The Crown has consistently made clear the limitations which the law places on the admissibility of evidence which has been obtained irregularly. The Crown will continue to have further dialogue with RSPB to explain the legal position.”

RSPB Scotland said that the welcomed the letter from the committee, their head of investigations in Scotland, Iain Thomson, adding: “We have had a significant volume of correspondence regarding these issues and there has been considerable interest on social media. We look forward to the Crown Office response with interest.”