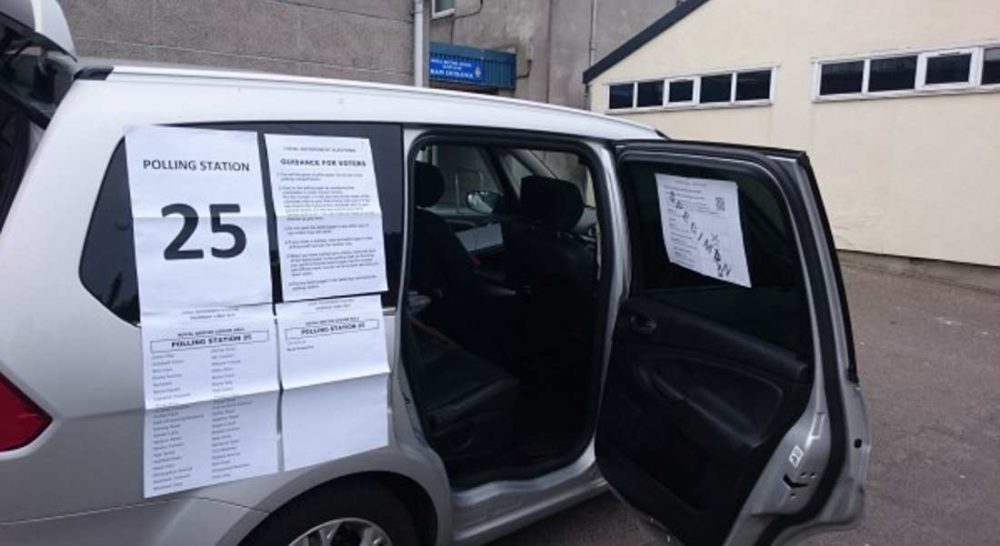 MORAY ELECTION STAFF were left with a highly embarrassing situation this morning when they arrived at a designated polling station – to find they could not gain entry.

So as not to miss their 7am start, presiding officer Simone Evans set up a makeshift polling booth in the back seat of her car, sticking ‘polling station’ notices on the windows!

The trouble began when it was found that the Royal British Legion in Buckie was closed – fortunately, only two voters arrived to cast their votes in what may go down in records as the most unusual polling station ever.

By the time a third arrived, catering staff turned up to open the building and the correct polling station was quickly established.

Mrs Evans was praised for her quick-thinking by Moray’s depute returning officer, Moira Patrick, who said: “She did exactly what all our elections staff are trained to do in the event of not being able to gain access to a polling place for whatever reason.

“It is part of their training but as far as I can recall this is only the second time it has ever had to be put into practice.”

No reason has yet been given for the building being locked ahead of 7am.