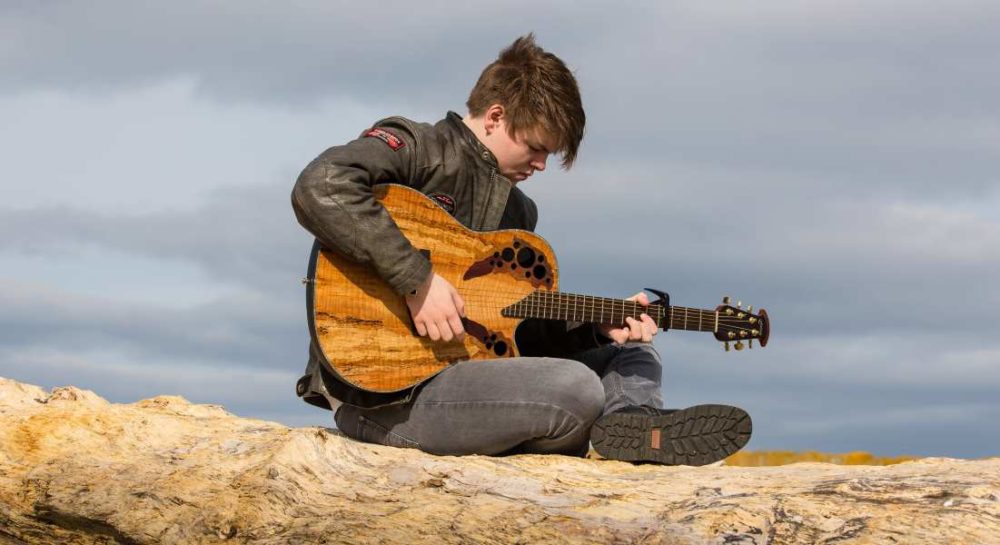 A TEENAGE MUSICIAN is directing his song-writing talent towards raising funds for three Moray charities.

Calum Mackenzie Jones from Oran has been helping out at events organised by Logan’s Fund, Wave Community Radio and Bootstock – now he hopes to turn his talent towards raising funding for all three groups.

He told insideMoray: “I’ve released a charity single, the La La La song, online and now I’m hoping that people will download it! These are three groups that I’m very keen to help out so dedicating one of my songs to them seemed a good way of doing that.”

Calum has already made something of a name for himself in the industry – he began writing original material and performing live at his local open mic night when he was 13.

Since then he’s gone from strength to strength, producing more of his own work and performing regularly throughout Moray, developing his own unique style along the way. Originally focusing on the drums, Calum has developed into a talented multi-instrumentalist and now plays all the instruments (except fiddle) on his recently recorded tracks.

His live appearances at Belladrum, Speyfest, the Spirit of Speyside Whisky Festival and XpoNorth Live were all well received – but the highlight of his young career so far was playing to an audience of over 5000 at the Royal Albert Hall in London.

His first single, Your Man, was showcased by Jo Whiley on BBC Radio 2 in February while more recently he was thrilled to perform before HRH Princess Anne when she opened the Castle to Cathedral to Cashmere project in Elgin.

The La La La Song can be downloaded with just a £1 donation being requested for the three Moray groups.