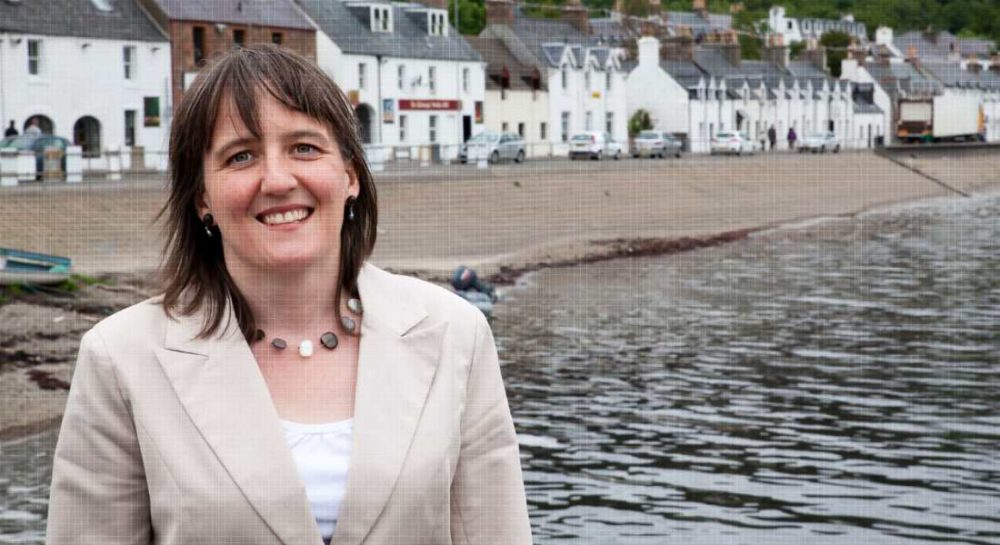 AWARENESS OF A condition that has been described as a ‘silent killer’ is being raised by a regional MSP.

Maree Todd is an SNP MSP for the Highlands and Islands including Moray and has this week been marking World Hypertension Awareness.

British Heart Foundation Scotland director James Cant explained why it is important to raise awareness of the condition: “People with high blood pressure are three times more likely to develop heart disease and stroke as well as having an increased the risk of conditions such as renal failure and dementia.

“Often, it is referred to as ‘the silent killer’ because people often do not have any symptoms. This condition is often preventable and increasing public awareness and ensuring equitable access to early detection and appropriate treatment is important.”

Maree Todd said that she has been keen to debate about hypertension at Holyrood and to highlight not only the condition but the work being done by Professor Rhian Touyz and the British Heart Foundation.

She added: “Thirty percent of adults in Scotland have high blood pressure and more than 70,000 people in the Highlands and Islands—the area that I represent—live with the condition. It is very common indeed.

“A particular challenge with high blood pressure is that folk do not feel ill. That is why it is called the silent killer—a person does not know that they have it until they get their blood pressure checked, and they feel the effect of it only after some damage has been caused to target organs.

“Hypertension can be prevented. Even a small decrease in blood pressure—say, 2/4 millimetres of mercury—at the population level could significantly reduce the prevalence of stroke and heart disease. Therefore, increasing public awareness is crucial, as is access to early detection and appropriate treatment.”

The British Heart Foundation has been encouraging people to know their numbers by offering free blood pressure and type 2 diabetes tests at 375 Tesco stores across the United Kingdom. Blood pressure checks are also available in Superdrug.

British Heart Foundation direction James Cant added: “People can help reduce their risk of hypertension if they maintain a healthy weight, take regular exercise, cut down on alcohol and reduce salt in their diet. It’s important to ‘know your numbers’ and get your blood pressure checked, either at a GP or in a local pharmacy.

“The BHF is currently funding around £21m into research into hypertension, including work carried out by Professor Rhian Touyz, the BHF Professor of Cardiovascular Medicine at the BHF Glasgow Cardiovascular Research Centre, University of Glasgow.’’