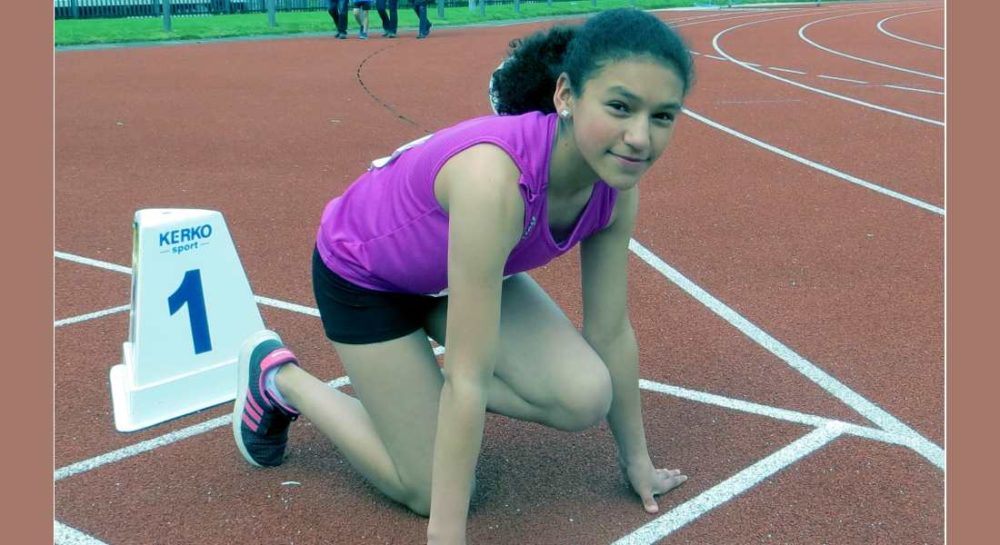 A MORAY YOUNGSTER is blazing a trail in the world of athletics after recently retaining sprint titles in the North District championships.

At just 12, Elgin Academy pupil Tamsin Fowlie has the world at her feet – literally, as she continues to outstrip her contemporaries over 100m and 200m.

Tamsin, who is a member of both the Elgin Amateur Athletic Club and Moray Road Runners, is currently ranked as the fastest girl in Scotland in her age group over 60, 75, 100 and 200metres – and rated second in the 150m.

Dad Alistair said: “We are very proud of Tamsin and the hard work she has put in – she is now ranked in the top-10 for Long Jump while her current UK rankings for both the 100m and 200m place her in the top 20.

“Only recently she retained both here 100m and 200m Under-13 girls titles at the North District Championships in Inverness – and now she is looking to challenge for the podium in these events at the Scottish Age Group championships in August.”

Tamsin’s progress in her chosen sport has been remarkable, showing her amazing promise at just 11-years-old when she won the 80metre race at her age group in the Petrofac Athletics League final in Aberdeen – scooping the award for best girls’ track performance of the day.

While shining in the sprint events Tamsin is no slouch either over longer distances – taking on cross-country at her school.