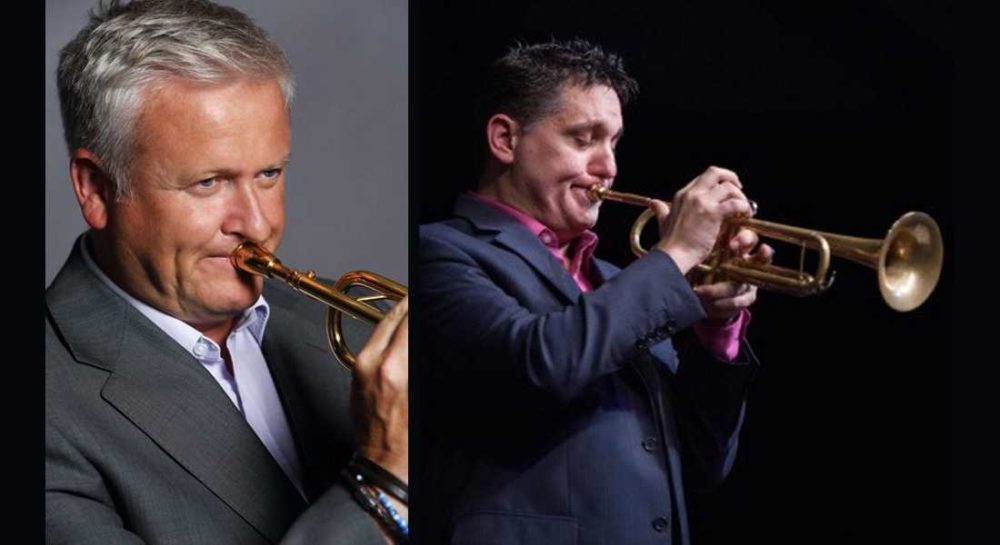 A QUARTER OF a century of music is set to be celebrated in Elgin Town Hall next month when Moray Concert Brass celebrate their birthday.

All are invited to the 25th Anniversary bash of a band that has delighted audiences in Moray and throughout Europe.

“We have been very lucky over the years to attract world-class musicians to Elgin,” conductor, founder and leader of the band, Glenn Munro, told insideMoray, adding: “I am delighted that for this very special weekend we have been able to continue that tradition.

“The weekend of June 3 and 4 is a celebration of the band – but also the power of music to enhance education, bring communities together and to make lifelong friendships”

“Former members of the band are travelling from far and wide to help us celebrate and we would like to invite the people of Moray to join us in what will be, I am sure a fun and musical filled weekend.”

To help the celebrations along Rex Richardson, considered to be one of the finest trumpet players in the world, is returning to Moray to help the celebrations. Rex has been a headline artist at international brass and jazz festivals and a soloist with orchestras, brass bands, and jazz ensembles on five continents.

He has played with countless legendary artists including Benny Carter, Ray Charles, Carl Fontana and Aretha Franklin. Rex is an old friend of the band having helped the band celebrate its 20th birthday in 2012 and returning in 2014.

He said: “I had such a great time in Moray in the past, I was delighted to be able to come back for the band 25th birthday. It is great to be able to work with the talented youngsters in the area and see them grow as musicians.”

Joining Rex will be Mike Lovatt, principal trumpet with the Grammy-nominated John Wilson Orchestra. Mike has worked with some of the best musicians in the business including Quincy Jones, Robbie Williams, Eric Clapton and Michael Buble,

The Saturday concert takes place on June 3 from 7.30pm – tickets are £7 for adults and £5 for concessions.

And the following day the party keeps on going for the younger music lovers in Moray as the band perform one of their almost legendary kids movie concerts.

Moray Concert Brass will dress up as characters from films and their audience are encouraged to do the same. The programme will include music from Frozen, Ghostbusters, Happy and of course the toe tapping Jungle Book.

Doors open for the Sunday concert at 1.45pm for a 2.30pm start, with tickets again priced at £7 for Adults, £5 for concessions with a £20 family ticket also available.

The weekend celebrations will conclude with a ceilidh in the Town Hall on Sunday evening as band and audience can dance the night away to great tunes played by local band The Scenix.

Doors will open at 7.30pm and tickets are £6 or four for £20. Tickets for all events will be available on the door but arrive early to avoid disappointment.

For all events tickets can also be booked in advance – details by Email from mcbinfo21@gmail.com.