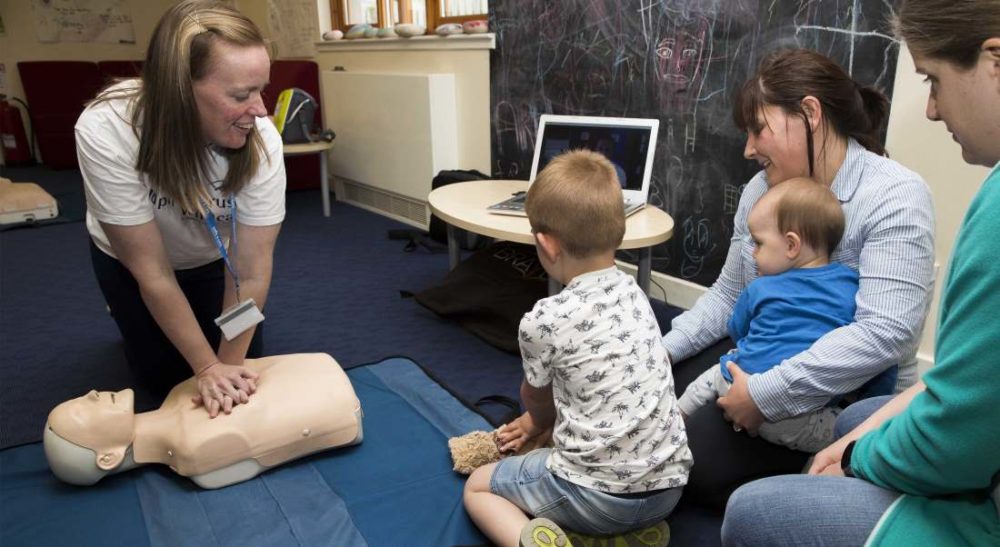 ON LEARNING THAT only one in every 20 people survive a cardiac arrest, RAF Lossiemouth’s station chaplain decided to try and help more to survive.

It was on hearing a statement that every year over 3500 in Scotland are treated by the Ambulance Service after suffering cardiac arrest but so few survived that Flight Lieutenant Reverend Mark Parry was inspired into action.

Mark got involved with the Order of St John aiming to raise funds to support the organisation – and invited them to RAF Lossiemouth to provide Cardio Pulmonary Resuscitation (CPR) training to base personnel and their families.

The aim of the training is to provide the man, woman or child on the street with the ability to carry out life-saving first aid, before the emergency services arrive on the scene. Colonel Malcolm MacBean, Chairman of the Highland Area of St John remarked: “St John Scotland has partnered with Save a Life for Scotland in their mission to train 500,000 people in bystander CPR by 2020.

“RAF Lossiemouth’s initiative has helped towards this goal. CPR is one of the most valuable skills anyone can have.”
The idea is not to train people to a paramedic’s level, but to allow them to react quickly; ‘mouth-to-mouth’ rescue breaths are not necessary at this stage, merely the chest compressions to keep the blood oxygenated and circulating through the organs.

Her Majesty’s Deputy Lord Lieutenant of Moray, Duncan Dunbar-Nasmith, said: “This is a hugely worthwhile initiative and I would strongly encourage anyone to set aside the time to gain this vital skill. The potential to substantially increase the number of lives in Scotland each year in enormous.”