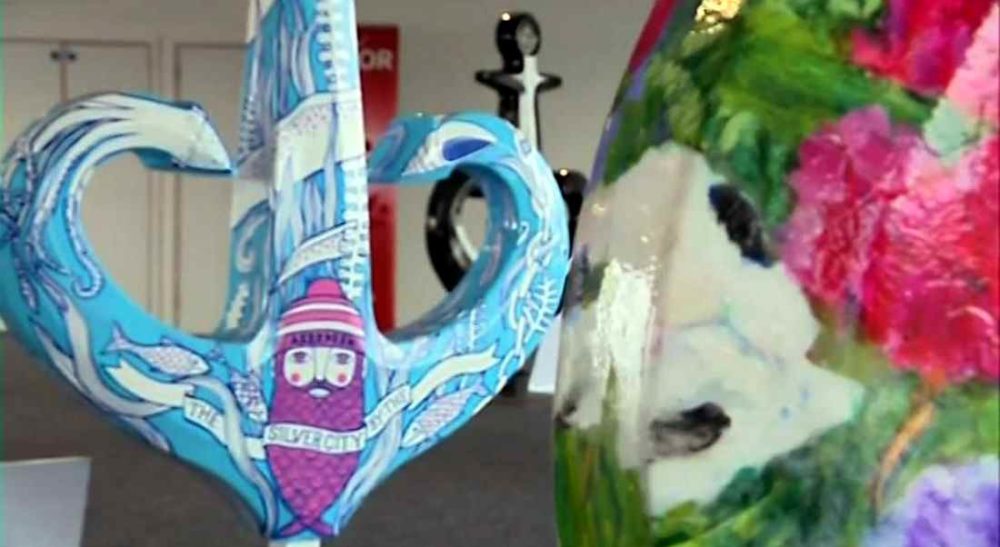 FOLLOWING ON FROM the artistic Dolphins a new push is on by a national charity to allow art to raise their profile as part of their 20th anniversary celebrations.

Twenty decorated Anchors will go on tour throughout the north east – including a visit to Elgin – marking the anniversary for the Friends of Anchor charity.

From July 1 the brightly decorated pieces created individually by highly talented artists will be on public show – with companies, groups or individuals being invited to sponsor each of them. When the project is completed all 20 will be auctioned off with the aim to raise as much as possible for the charity.

Friends of Anchor is currently helping to fund an ambitious £4.5million project that they believe will attract a new world-class cancer research team to the north east.

Kirsten Horne said: “The idea stems from the 20th anniversary of the charity and we felt we needed to celebrate that in a big, bold and engaging way. So we decided we would have 20 individually designed anchors placed all around the north east – as far afield as Orkney and Shetland. We are hoping that we can get as much engagement as possible going along to view them.

“Ten of the anchors will be in and around Aberdeen city centre while several will be in Aberdeenshire, Elgin, Orkney and Shetland.”

Professor Steve Heys from the Aberdeen University school of medicine said: “The support of Friends of Anchor is second to none and will be pivotal in helping us achieve our of goal of establishing Aberdeen as a centre for world-class cancer research.

“Such a centre will enable the university and NHS Grampian to attract and retain first-class academic and clinical staff contributing to clinical excellence through patient care and participation in clinical trials.”

More on the Friends of Anchor 20 for 20 Campaign can be found online.