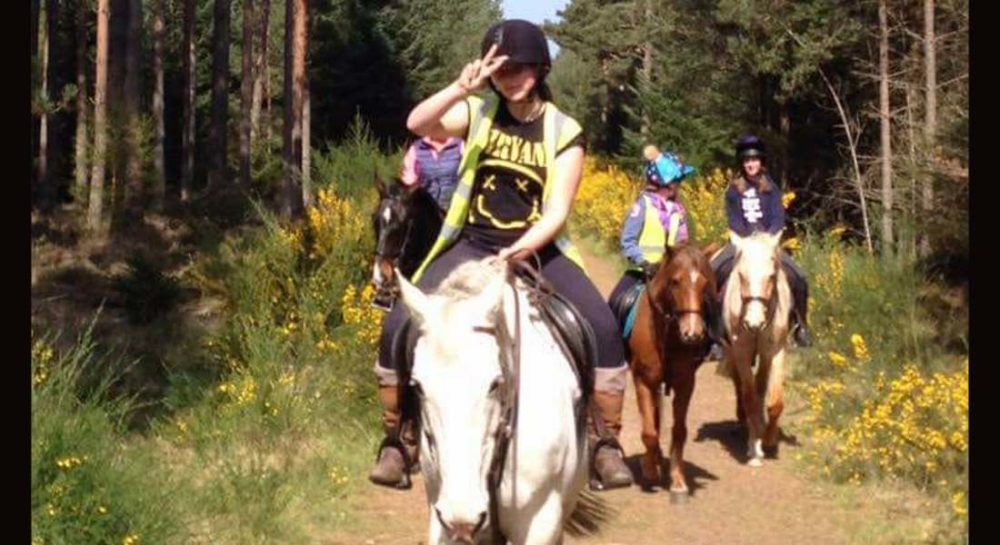 AN ONLINE CAMPAIGN has been launched in Moray seeking to highlight the need for better control of dogs who can become excitable around horses.

The move comes after another incident that tragically led to the death of a horse close to Roseisle Woods that could also have had serious consequences for the horse rider.

It is an issue that insideMoray featured back in March last year,  warning of the increasing number of horses being panicked by dogs. In August 2016 there was also an incident reported of a horse and rider coming close to injury on the West Beach at Lossiemouth.

Reporting the latest incident Lisa Malone from the Equus Riding School said: “It happened on Friday when one of my girls was out hacking in Roseisle Woods.

“A German Shepherd dog lunged at the horse – its owner had tried to bring it under control and the rider had the horse stand still while she attempted to do so. However, the dog owner was pulled over and the dog once again went for the horse, biting his hind legs.

“The horse freaked and after losing his rider bolted with the dog in pursuit. The horse shot over the Burghead road and was sadly struck by a car and killed outright.”

Lisa said it was miraculous that the motorists was unhurt – but the horse had smashed through the windscreen suffering horrible and fatal injuries.

Lisa added: “We are constantly plagued by out of control dogs – as a riding school it is becoming increasingly more hazardous in places around Moray that we should be regarding as safe.

“By establishing the new social media page we are seeking to raise awareness of the issue, we really want dog owners to understand how dangerous it can be when their pets are not brought under control in situations like this.”

It is an issue that has been an issue for some time, with the law quite clear that dog owners must keep their pets on a lead when in the presence of horses as noted in Section 3 of the Dangerous Dogs Act.

The new group, Safer Countryside for Equestrian Community, can be found on Facebook.