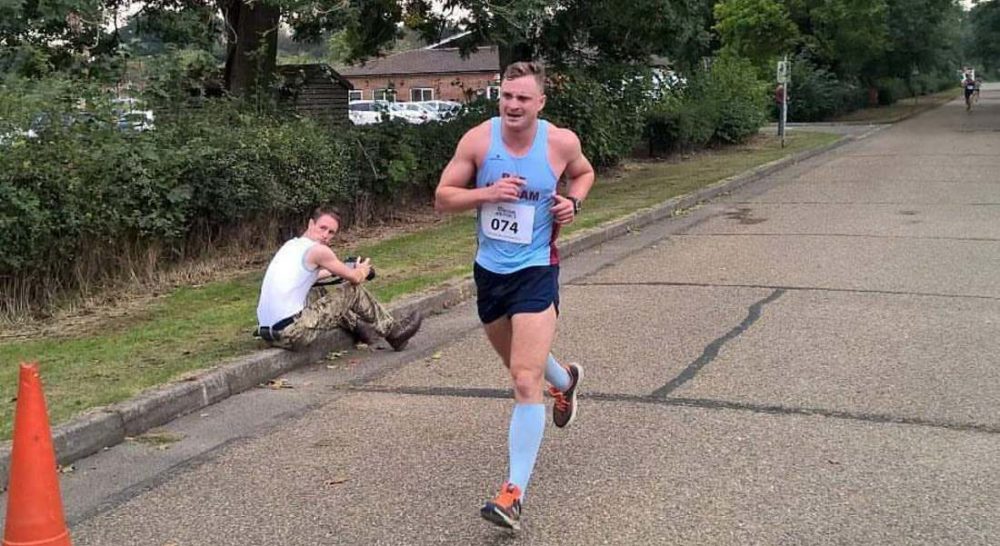 ONE HUNDRED MARATHON RUNS in two years is the formidable target set by an RAF Lossiemouth airman – and he is well on the way to achieving it.

Corporal Jon Ward is expecting to reach his amazing target on April 1 next year – which just happens to also be the 100th anniversary of the Royal Air Force.

A ‘Logistic Mover’ at the Moray base, 31-year-old Cpl Ward is responsible for ensuring the right equipment is in the hands of the right people on time. That could be through having Typhoon parts sent to operations overseas or recovering equipment to RAF Lossiemouth from overseas exercises.

Movement though plays an even bigger part of his life as he can be found training five days a week – all in order to maintain a fitness level that is need to ensure his target of an average marathon every week is achieved.

At the end of this month he will be knocking no less than 11 marathon runs from his target when he takes those on over 11 days – the highest consecutive runs he has taken on in his challenge. Ten of the marathons will be part of the Great Barrow Challenge, but as Jon had a spare day after the 10th he decided to run another one then!

He said: “I’m on 62 marathons now so I’m on target to reach my 100th on 1 April 2018. The eleven at the end of June will be tough – as usual, but I’ve already run seven marathons on consecutive days so I have some idea of what to expect and I think I’ll cope well.”

To keep the pressure on achieving the 100 by his target day, Jon will be doing ‘6 in 6’ in November and another ’10 in 10’ in December, as well as several individual marathon runs.

Along the way he is also raising money for the RAF Benevolent Fund during his 100 marathon challenge. Anyone that wants to support him can do so online.

Jon will also be supporting the RAF Benevolent Fund fundraising event being held in Elgin on National Armed Forces Day on June 24.