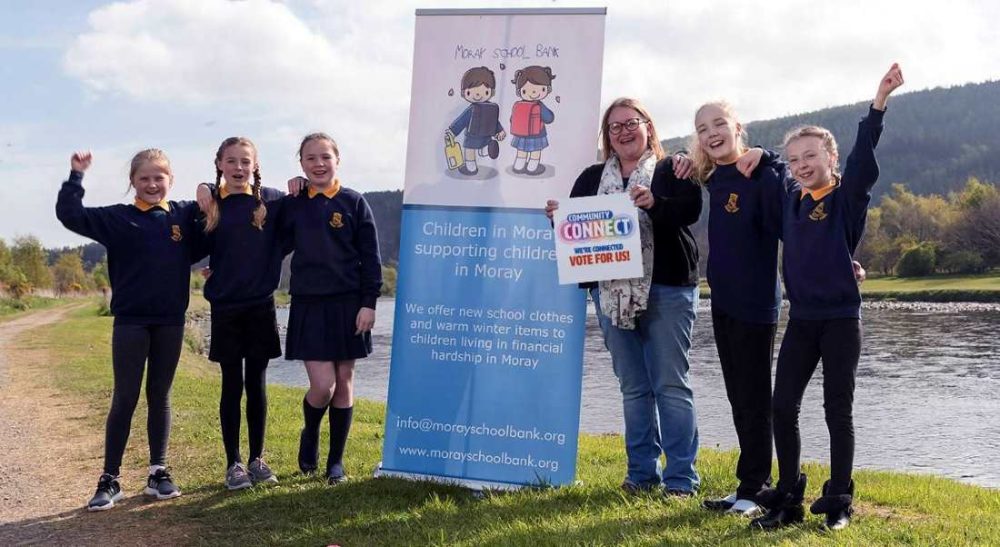 THE LOW WAGED economy of Moray brings with it many pressures on families – not the least being sending their children back to school after the summer holidays kitted out in new uniforms.

Now, however, an initiative that began at the start of this year is hoping to help relieve some of the financial hardship by providing clothing items in much the same was as Foodbanks help with food items.

The Moray School Bank accepts referrals from agencies that work with families – and by doing so offers a dignified service where there is no need for applications to be made or details of income and expenditure to be provided.

Debi Weir explained: “We simply ask the referrer to confirm that they are aware of financial hardship, and then we work like a foodbank and appeal to the general public to donate an extra item when they shop.

“We have set up links with local retailers such as Tesco and also Clarks, offering a service where families can have their children’s feet measured and pick School shoes.

“So far we have some grant funding – but the majority of our income has been from donation or from fundraising with the children.”

A major boost for the Moray School Band could come in the form of grant funding from Scotmid of up to £15,000 – the initiative having been shortlisted by the national store (details can be found online).

Upcoming fundraising events include a Family Treasure Hunt at the Glen Grant woodland garden on June 25.

For more details on the Moray School Bank visit their website.