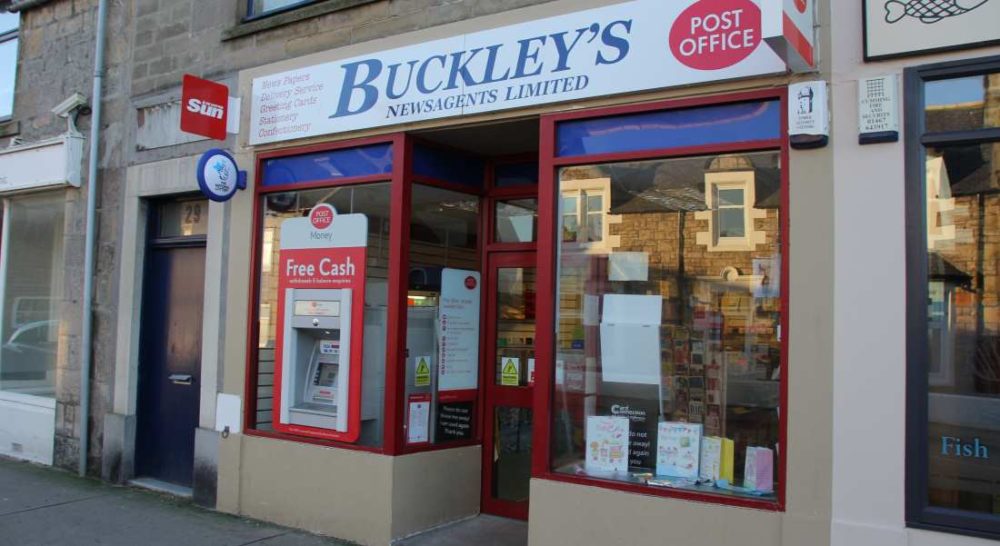 FEARS THAT LOSSIEMOUTH could lose its only public post office have been alleviated by the sub postmaster.

In January there was a danger that the Buckley’s store and Post Office would close just months after owner Tony Rook had upgraded his popular newsagent by taking on the Post Office franchise.

Mr Rook was in dispute with the Post Office and closed the post office counter for a day – saying that it could be a lot longer as the business had gone up for sale and unless the dispute was resolved the business would be closed by this month regardless if a new buyer hand been found or not.

Last night, however, Mr Rook moved to reassure customers that he would remain in control of the business “for as long as I’m needed” – although it will be sold.

“The dispute I had at the time was a serious one, but it was ultimately resolved and because of that I’ve kept things going,” he told insideMoray last night.

He added: “I am being asked by customers almost every day what the situation is. It is, I’m pleased to say, all good – I will remain in control here until the business is sold, so it will be business as usual.

“There has been expressions of interest and I expect the business will be picked up by someone, when that happens it will be a smooth hand-over to the new owners and so there is no cause for alarm for local post office counter customers or newsagent customers.”