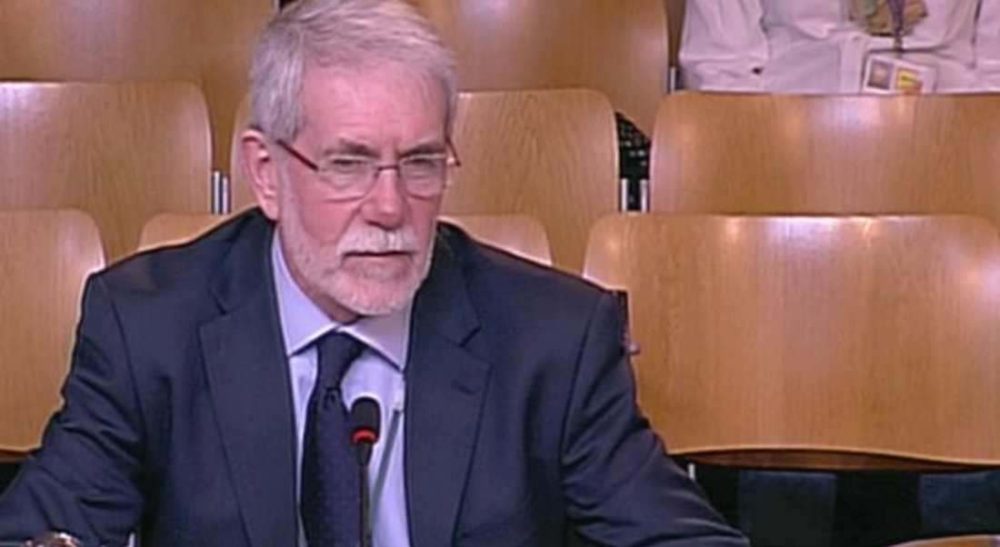 SCOTTISH FISHING INDUSTRY leaders have insisted that the only way forward for the industry in Scotland will be an exit from the Common Fisheries Policy.

As the UK prepares to Thursday’s general election the debate over the future of fishing has been one of the most heated.

Now Scottish Fishermen’s Federation chief executive Bertie Armstrong has issued a message to politicians of all parties – saying that fishermen simply would not agree to anything which takes them back into a system that deprives them of 60% of the catch.

Fishing remains a major issue in Moray. The SNP’s Angus Robertson commenting that there was very little fishing left in the region, pointing to just one boat working out of Lossiemouth and “a handful” from Buckie.

Opponents have, however, pointed out that there are also boats operating from Burghead and many others living in Moray who are still involved in the industry either as fishing boat owners operating from other parts of Scotland or as crew.

Mr Armstrong said: “It’s been a while since fishing mattered so much in a UK General Election. That’s because we are coming out of the EU and while most people are aware that Brexit is a big deal for fishing, they are perhaps not sure why.

“Actually, it’s easy to understand, and with polling just days away, every politician and everyone in or connected with the fishing industry and its communities needs to know what is at stake. When you hear of manifesto promises to look after our fishing industry, there is only one single way that this can be achieved – by permanently leaving the EU and the Common Fisheries Policy.

“Whatever anyone may have thought of the value of EU membership, that specific component – the CFP – is plain bad for us. The reason is not that fishermen just want more fish or less regulation – the real problem is the conditions accepted on entry in 1973.

“These oblige us to give away annually some 60% of our fish and shellfish resource. That’s a hell of a ticket price, paid up every year since. But we’re leaving, and we simply cannot agree to anything that takes us back to that.

“How on earth did it happen in the first place? The easy-to-understand background is that when we joined in 1973, everyone fished where they liked, as hard as they liked. There were no quotas.

“On joining, this ‘common access’ was adopted as a fundamental principle, and when it became obvious that we were in a downward spiral of overfishing, limits were introduced, quite correctly. Crucially, each Member State’s share of the now restricted catch was fixed on the track record from the bad old days when everybody fished everywhere, without limits. This was named ‘Relative Stability’ and persists until today – hence the 60% allocation to others of fish our waters.

“Meanwhile and crucially, the international community outside the European Union took an entirely different route to sustainable fishing.

“This was by extending fisheries limits to 200 miles (or to the median line between countries where less), with the resultant Coastal State having full rights and responsibilities for their own natural resource – in other words sovereignty over who was permitted to fish there, and for how much. That’s our Sea of Opportunity, that’s what we will get on Brexit.

“To cut a longer tale short, we are surrounded by some of the best fishing grounds in the world and, to generalise a little, most of the fish are in our waters. That’s why other Member States come here to fish – it’s not for the scenery or a desire to burn off fuel – it’s for the prime fish that can’t be caught in their own waters.

“When you hear that fishing was ‘expendable’ as part of our entry to Europe that’s what is actually meant – awarding 60% of what would have been our fish to the other EU fishing nations.

“That’s why despite applying at the same time Norway did not join with us (slim majority in a referendum – sound familiar?) and why Iceland abandoned their application when it became clear that they could not join without accepting the CFP, nor modify it after joining.”