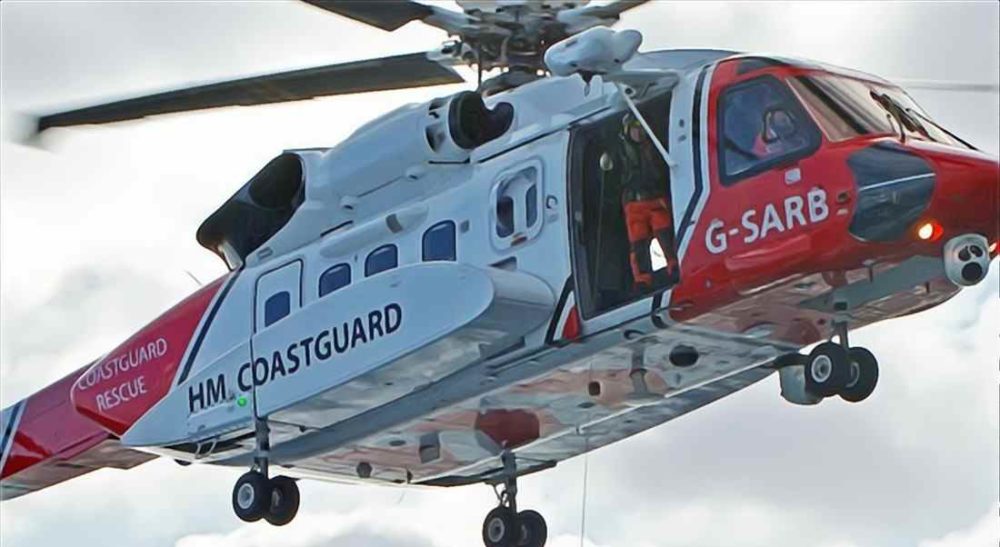 A MORAY COUNCILLOR rushed to be with his son after learning he had fallen while on a group coasteering expedition near the Bow and Fiddle Rock near Portknockie last night.

Councillor Marc Macrae rushed from Elgin when he received a call that his son Thomas had been injured from the fall.

Coastguard teams were called to the incident and worked alongside a Buckie ambulance crew. Thomas was airlifted by a Coastguard rescue helicopter and passed on to the Ambulance crew who rushed him to Dr Gray’s Hospital in Elgin.

Thankfully Thomas, 14, was later found to have suffered only minor injuries and was set to be released from hospital this morning. Councillor Macrae said: “Thankfully Thomas suffered no broken bones but did have a badly twisted knee – he will need to just put his feet up for a while!

“It was a major worry for us but we have to thank the Coastguard shore crew and helicopter crew from Dalcross as well as the Buckie ambulance crew, they all did a fantastic job as usual.”

Mr Macrae was elected recently as a Fochabers/Lhanbryde representative on Moray Council. He is also an assistant to Moray’s MP Douglas Ross and acted as his agent at the recent UK Parliament elections.

Commenting on the rescue this morning, an HM Coastguard spokesman said: “Team members worked alongside the Ambulance crew and decided that a helicopter was the best way to get the casualty to the cliff top and the Coastguard helicopter from Inverness was sent.

“They then airlifted the casualty to the top for the Ambulance to take to hospital.

“The group involved were well equipped, with all the appropriate safety equipment and were undertaking coasteering (adventures along the coastline). They also called for help straight away when the person got into difficulties.

“We also ask that members of the public work with our teams when we are on scene, if we are asking people to move it is for a reason. We don’t mind people watching – but please do so from a safe distance and follow the direction of our staff – the helicopters are extremely powerful and can move debris large distances!”