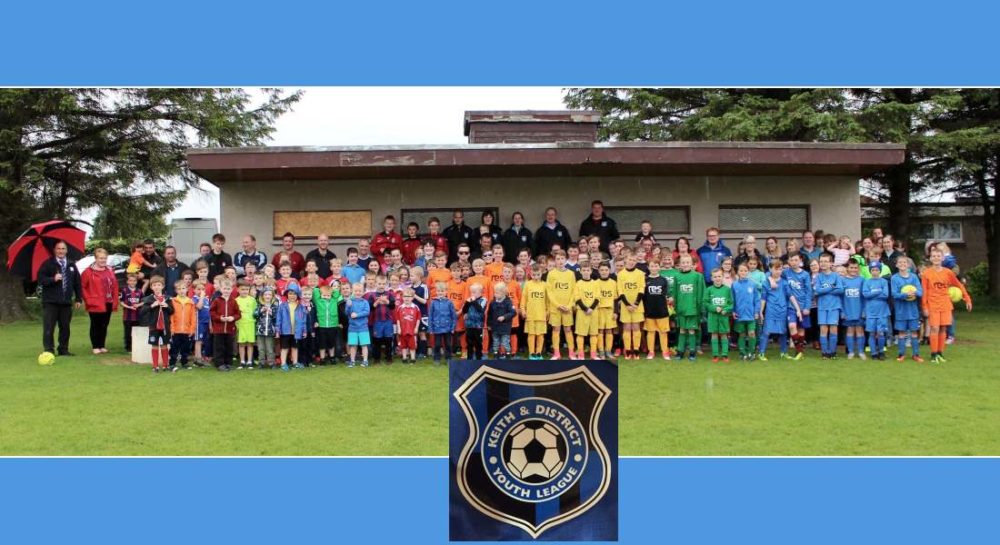 A KEITH GROUP that exists to promote football for young people aged from four to 14 are set to launch a bid for a local park and its adjoining pavilion.

The Keith and District Youth League say that they have entered the discussion stage with Moray Council with the ultimate intention of successfully completing a Community Asset Transfer, giving them control of their own facility.

As a first stage they will consult with their local community, hoping to gain widespread support for their plans that they say will provide a much needed central base for the club, bring the community together and open up new opportunities for the club and its members.

Ownership of Fife Park and its pavilion would strengthen the club and encourage more volunteers to assist in its running. It will also allow them to plan upgrades to and development of Fife Park, guaranteeing an open-space facility for future generations.

Talking to insideMoray last night, KDYL secretary Ashley Inglis said the plan would not only allow football to continue at Fife Park, but it would open it out to other community groups to use the facilities while working with the community to utilise the use of the space.

Ashley said: “As part of this process we need to hold a community consultation, this is to ensure that we have informed the community of our plans and our reasons for wanting to do this.

“We are in the very early stages of this process but this will involve media such as insideMoray, a Facebook campaign – and we will be going door to door with flyers, approaching local groups for letters of support and so on.

“We will be arranging a public event during the summer so people can come along and show their support and ask questions.”

The KDYL require as much support as they can get from the community in the form of letters and Emails backing their plans.

Ashley added: “We have set a deadline of July 28 so would really like to hear from people in our local community before then – we have already received a great deal of support, it has been amazing, but more would underline that this is something the community would like to see happen.”

All questions and notes of support should be sent to kdylsecretary@gmail.com.