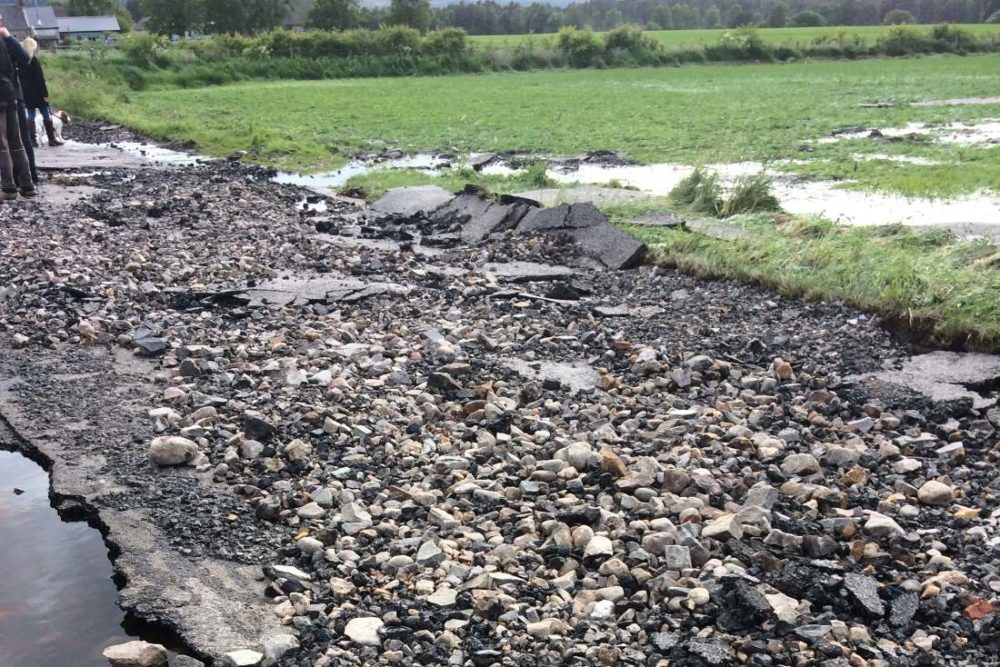 MORAY COUNCIL HAS said that work on repairing the road in and out of Dallas will begin immediately.

The road suffered severe damage during Wednesday’s flooding – now around 330 square metres will need to be resurfaced, and that means the B9010 will likely remain closed until the middle of next week.

Damage to the surface was caused by a torrent of floodwater after the River Lossie topped its banks – fortunately, however, the village itself escaped damage in part becomes of the as yet incomplete embankment under construction as a flood protection barrier.

The embankment was deemed to be required following the last serious flooding event to affect the village three years ago. Then, 27 homes were affected at a cost of £600,000.

Motorists are being advised to take the alternative via Dallas Lodge and Branchill before rejoining the B9010.