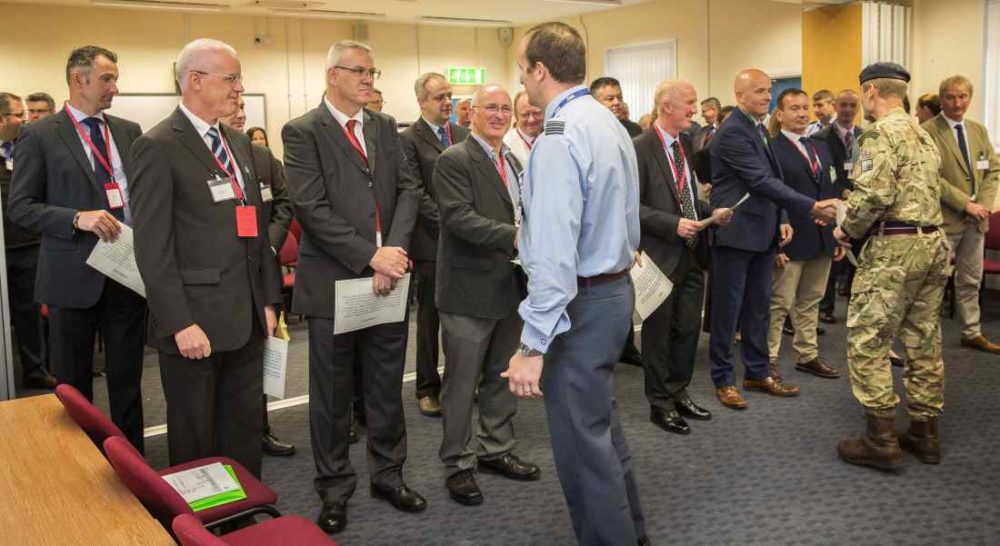 A NEW EMPLOYMENT TRIAL for ex-regular RAF personnel has seen its first intake being brought forward this month.

RAF Lossiemouth is piloting a new Base Support Group (BSG) scheme which was launched for a trial run in February this year and will run for at least two years.

The scheme offers former RAF men and women part-time employment as volunteer ex-Regular Reserves at participating bases, of which Moray base is one. Following the announcement of the scheme, RAF Lossiemouth received enquiries from nearly 130 personnel from throughout Scotland.

That resulted in the first 26 being attested into the scheme earlier this month.

The BSG will become a pool of experienced Reserves who can be asked to carry out specific short-term tasks to support surges of demand at the RAF Stations taking part in the trial. Personnel taking part in the scheme are not required to work a minimum number of days, as is the case with other Reserve contracts, and this provides them with the flexibility to schedule any BSG work around other commitments. Moray Council worker Carmen Gillies was one of the first 25 people to be attested into the scheme. Ms Gillies works as a Community Wellbeing and Development Officer in the Council’s Health and Social Care department – she served in the regular RAF as an Air Traffic Control officer six years ago.

Now living in Hopeman, Ms Gillies found she wanted to regain that sense of camaraderie and shared challenge that she experienced in the Armed Forces. Following her attestation she said: “In my role within Moray Council I can see the wide range of skills and experience that people bring from their work experiences.

“The BSG scheme offers ex-Service personnel an opportunity to keep bring their civilian skills into the RAF as well as regaining the fantastic camaraderie and drive that Service life provides.”

Another to sign up was former RAF Intelligence Officer Danny Streams, who now works in golf operations at Castle Stuart Golf Links and lives in Strathpeffer.

It was the opportunity to support the current RAF on his own terms that appealed to Danny, who said: “I’ve retained some links with the RAF since I left the Regulars after 25 years’ service.

“The scheme gives me a new opportunity to actively contribute to the RAF again on very flexible terms. My current civilian job puts greater demands on my time at certain times of the year – but the BSG scheme means I’m not committed to any work with the RAF when it’s not convenient for me, I can choose to work at times that suit my other commitments.” Wing Commander Lunnon-Wood has been impressed by the enthusiasm and positive attitude of the current applicants to the BSG, saying he encourages anyone interested to get in touch for more information.

He said: “The BSG initiative is an innovative, exciting and positive approach to utilising the skills of our ex-Regular Service personnel. The breadth of operational experience and knowledge that the people we have attested bring to the Whole Force will certainly be well utilised by Stations like RAF Lossiemouth.

“We are on the front line, both protecting UK airspace and on operations, so we greatly value the flexibility and professionalism the Base Support Group scheme brings.“

Anyone interested in further information about the scheme should email Sgt Michelle Muir by email on los-fulmarflt@mod.gov.uk in the first instance.