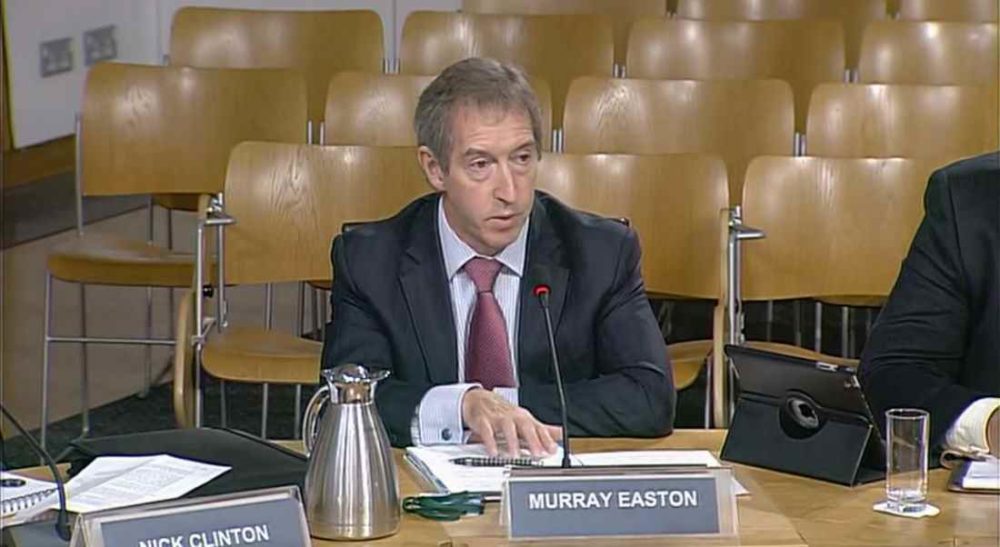 SENIOR MANAGERS FROM Moray College UHI were summoned to the Scottish Parliament yesterday to explain what plans they had to improve the college finances.

An Audit Scotland report had found that the college was heading for a serious budget overspend in the last financial year – and added that funding shortfalls at the Moray campus would continue until 2019.

The senior staff from the College were quizzed by a Holyrood committee led by Liam Kerr MSP, who said that they had painted “an alarming picture” of the college finances and admitted a catalogue of errors that led to their failings.

Attending the meeting was the college’s assistant principal Anne Lindsay alongside Peter Graham, chair of the college board, and his vice chair, Murray Easton.

Giving an assurance that action was already well under way to resolve the situation, Murray Easton told the committee: “By the time the recovery plan was put in place around the end of the year we had driven the deficit down for the current year to around £606,000.

“The last forecast, and this is with ongoing intervention and actions being fulfilled during the course of the current academic year, the forecast in March had dropped to a deficit of £515,000 and the latest one is now £460,000.”

Commenting after the meeting Mr Kerr said that Moray College could lose up to 10 more members of staff through voluntary severance, adding: “They must ensure that there is sufficient experience in place to deliver the necessary changes. It is also imp0ortant that no-one who helped create these financial difficulties is rewarded for poor performance.”

Mr Graham insisted that the college still had much to be proud off: “Moray College is at the heart of the community and has an integral role to play in developing the skills and knowledge that are key to our local economy.”