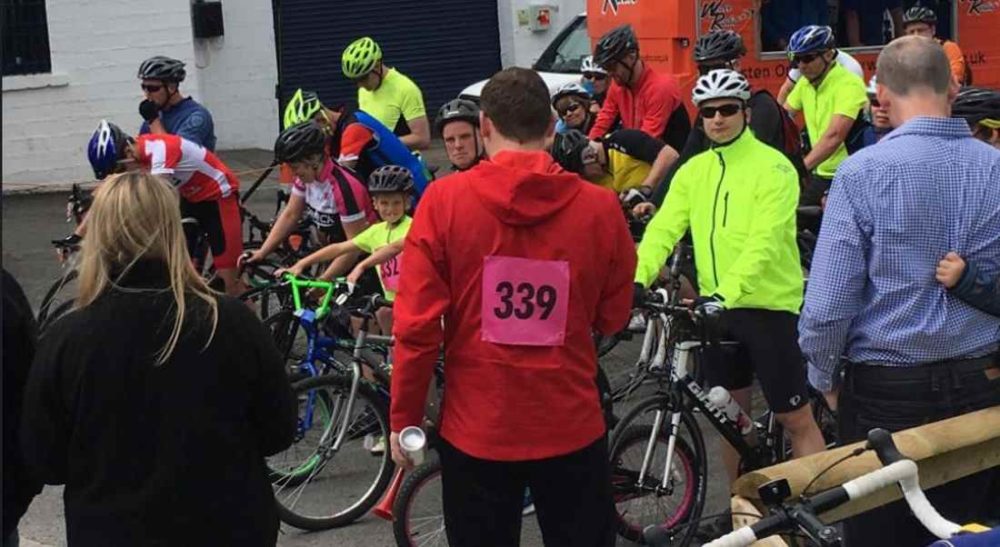 HUNDREDS OF PEOPLE took to their bikes on Sunday – including Moray’s MP and his wife, all in the aid of deaf and blind people in Moray.

The annual Glen Moray Sportive bike ride set out over three different routes covering 10, 25 and 75 miles all starting at the Glen Moray Distillery.

All proceeds from the event will go to North East Sensory Services, an organisation that supports people in Moray and throughout the North East who have sensory disabilities.

“I was delighted to be asked to be the official starter of the 10 and 25 mile races and then join in with the other competitors,” Douglas Ross said, adding: “It was great to see people of all ages taking part and enjoying excellent routes across Moray while raising funds for the North East Sensory Service. “It’s clearly a well organised and run event with all the marshals and volunteers ensuring everyone had a safe and enjoyable race. Krystle and I had a great afternoon and both keen to join in again next year.”

It was a busy weekend for the MP who on Saturday attended Piping At Forres – and he had a special word of congratulation for the Elgin and District Pipe Band who are now European Champions in the 4b class.

Mr Ross said: “As always the organisers delivered a great event which was appreciated by competitors and visitors alike.

“From everyone I spoke to it was clear how positive people are about the championships being hosted in Forres. It was also great to see the local entries and for Elgin and District to take the Grade 4B contest. Their win is a recognition of the hard work and dedication of everyone involved with the band.”