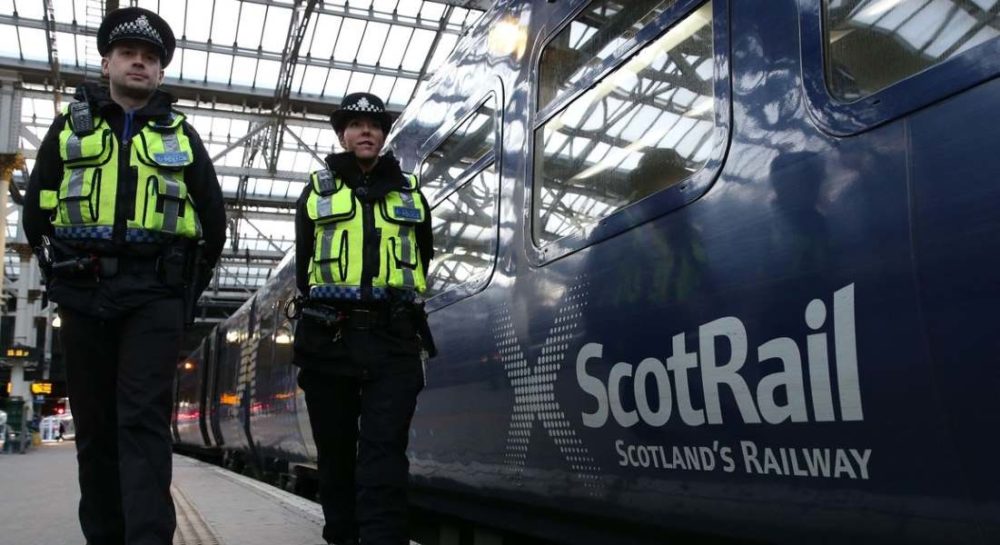 THE VITAL NATURE of public awareness of the threat from terrorists is being highlighted in a special week of action by Police Scotland.

Local officers will be working with a number of partners undertaking a range of activities – all aimed at providing the public with useful information to help deter terrorism and keep them safe in the event of an incident.

In response to the tragic events in Manchester and London and other recent incidents, which have occurred across the world, Counter Terrorism Awareness Week will focus on safety and security in crowded public spaces.

Assistant Chief Constable Steve Johnson said: “The purpose of this week-long initiative is not to alarm the public, but to provide them with all the necessary information they require to identify suspicious activity and more importantly, to keep themselves safe and secure.

“The tragic events in Manchester and London have undoubtedly left our communities shaken and concerned and our activities taking place throughout Counter Terrorism Awareness Week are aimed at offering reassurance to the public by demonstrating the range of capabilities at our disposal to both deter, and respond to, terrorism-related incidents.

“As was the case during our Counter Terrorism Day of Action in November 2016, there is no specific intelligence suggesting an attack in Scotland, however keeping our communities informed is essential to ensure they can assist counter terrorism.

“I have said before that ‘Communities Defeat Terrorism’ and Scotland’s greatest defence against the terrorist threat is our close-knit communities and the relationship police and partners have with the public.

“I would like to thank our colleagues from all partner agencies for their continued support of counter-terrorism policing and for the assistance they are providing throughout Counter Terrorism Awareness Week.

“We are demonstrating that Scotland is a hostile environment for those intent on causing harm and by continuing to work together we can ensure this remains the case.”

While events taking place are mainly focusing on Scotland’s cities, police are saying that all communities should be mindful of countering terrorism and to that end provide additional information online.”

Cabinet Secretary for Justice, Mr Michael Matheson said: “Understandably, given the horrific events in London on 3 June, the third attack in the UK in the last three months, many people in Scotland have concerns about the threats posed by terrorism.

“We must not allow terrorism to triumph, people should not be afraid to go about their daily business as usual. Police Scotland rightfully reviewed security arrangements of major events following the recent incidents but security is a responsibility we all share and we need to continue to work together, and benefit from our strong community links, in keeping each other safe.

“Initiatives like Counter Terrorism Awareness Week are important, now more than ever. As part of the week, Police Scotland and their partners will be providing practical advice and taking forward a wide range of engagements to inform and reassure the public. These will include more visible police presence in cities across Scotland and awareness raising events. I would encourage us all to engage in these opportunities.”