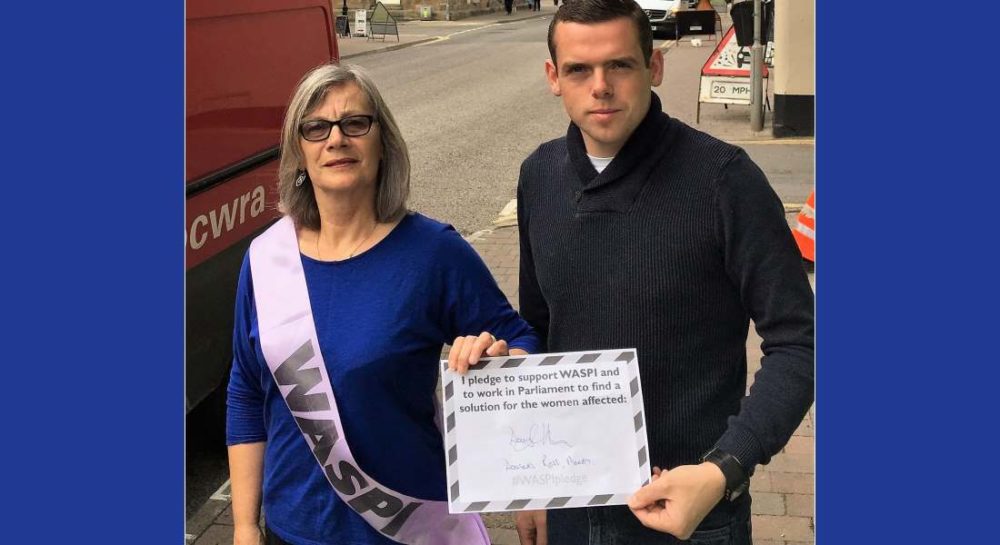 CONSERVATIVE ELECTION CANDIDATE Douglas Ross will do everything possible to assist Moray women who have had an unfair deal on pension changes.

Mr Ross met with representatives from Moray WASPI yesterday having previously confirmed his support for their campaign – and agreeing to sign a pledge of support.

He joins SNP candidate Angus Robertson and Labour’s Jo Kirby in giving an assurance that, if elected, they will work to finding a solution to the issue that has left many women born in the 1950’s in serious difficulties.

WASPI has insisted that while they have no issue with the equalisation of pension retirement ages of men and women in the UK, the manner in which the transition was conducted by the UK Government was grossly unfair – a view that even many in the government benches at Westminster have conceded.

The agreement of Douglas Ross to sign the WASPI pledge has particular significance in that it went against advice from his own party, the MSP insisting that he would only be doing his duty if elected as Moray’s MP to argue the case for his constituents.

“I have previously met the group locally and attend the Cross-Party Group in The Scottish Parliament.

“If elected to represent Moray at Westminster I welcome the opportunity to join an all-party group of MP’s and work alongside colleagues to help achieve a fairer arrangement for all those women who were born in the 1950’s and have been affected by the changes to the state pension.

“I believe the best way to effect change is from within and that is why I am keen to support the WASPI group in Moray as a strong local voice at the heart of government in Westminster.”