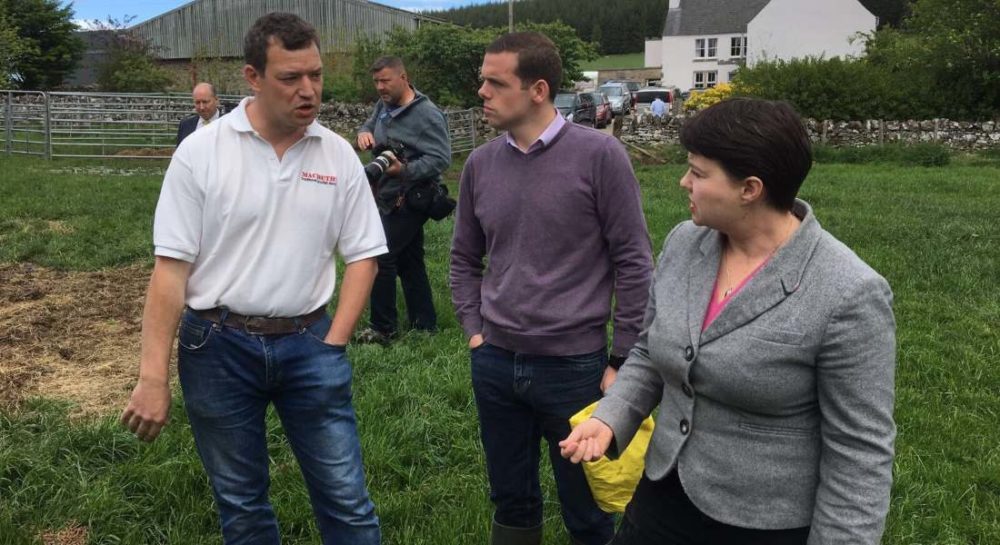 DOUGLAS ROSS BELIEVES that his campaign took a major boost with the presence of his Scottish party leader Ruth Davidson in Moray on Friday.

Ms Davidson visited homes, farms and local businesses over several hours – and provided a lift to the Conservative campaign which polls, which of course are prone to be very different from actual votes, showing that the campaign remains on course to provide a serious challenge to the SNP.

There were a few surprises from householders as they opened their doors to a familiar face – but the welcome was for the most part warm – with Mr Ross saying they were “extremely receptive”.

Talking to insideMoray he said: “We had a great day with Ruth across Moray – starting on a local farm outside Dallas, then knocking on doors in Forres, sampling the excellent ice cream in Fochabers before another session speaking to voters in Buckie. “People were extremely receptive and I think they appreciated a party leader knocking on their door, listening to their views and being willing to put in the leg work to speak to as many voters as possible in Moray.

“The response was very positive with many first-time conservative voters saying they would support me in this election. With just a few days to go it really is all to play for. We will be working hard until 10pm next Thursday to get as many votes as possible in Moray and win this seat.”

The Moray Trade Union Council will be holding a Hustings to which all candidates have been invited on Monday (June 5) at the Seaforth Club in Elgin.