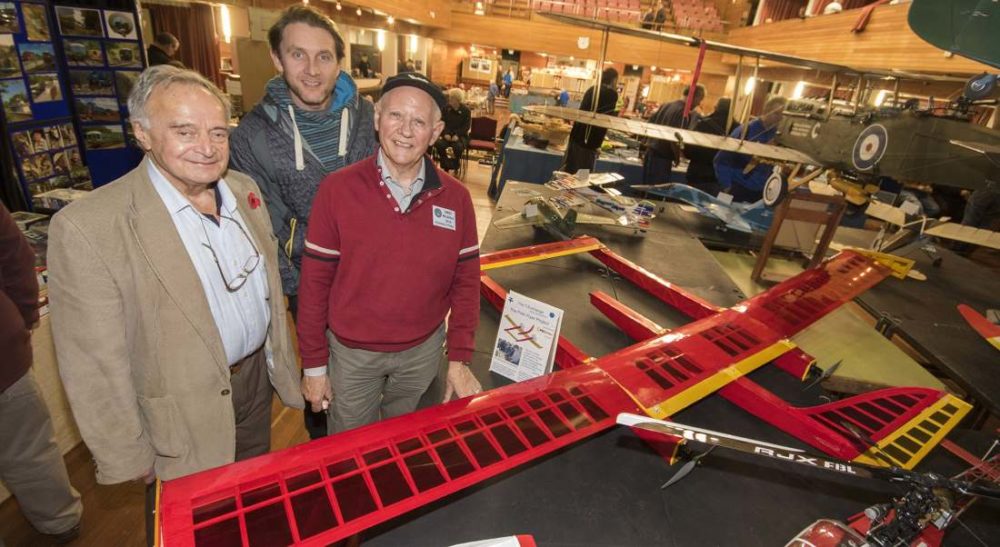 A MAJOR SLICE of Solar Energy will be applied at the forthcoming European Pipe Band Championships thanks to Moray-based AES Solar.

The only Scottish solar panel manufacturer is based in Forres – and so was the natural partner for Piping At Forres where they will host an Interactive Science Tent.

George Goudsmit, managing director of AES Solar explained: “Piping At Forres is a huge event for Moray and of course Forres where we are based, and as a local business it is really important for us to get involved and be part of it.

“We could have taken a stall but that’s not how we operate at AES. We want to create something fun and unique which will be enjoyed by all, but that will also provide information about how we can harness the use of the sun and what a powerful source of energy it is.”

AES Solar has created the free attraction by collaborating with a number of organisations – so visitors can be expected to be wowed by the Firth Flyer, a solar plane which will be making its debut journey across the Moray Firth in the coming months.

They can also become a remote pilot of the Mars Rover with the T-Exchange, a group which combines creative thinking, practical skills and new or old technology to make innovative objects and devices.

T-Exchange member Les Grosvenor will also be there with his experimental Model Railway “Plank” which will show how a simple model railway shuttle system can be powered by a solar panel, whilst the Falconer Museum of Forres will be there its Kinetic Bike.

There will also be STEM Ambassadors co-ordinated by Aberdeen Science Centre who will have plenty of interactive activities such as engineering challenges, and maths and science puzzles too.

George added: “This has taken a lot of planning and we want to ensure that there are plenty of hands-on activities. We are delighted with the response and we are very fortunate to have such a wide range of interactive experimental things for the visitors to Piping At Forres to do.”

AES Solar was established in 1979 to manufacture solar thermal panels and has been run by George Goudsmit since 1989. The company trades worldwide and has export customers in markets as diverse as Scandinavia, Africa and South America.

(Pic: Firth Flyer – From left: George Goudsmit and Campbell Maclennan from AES Solar with Bill Graham and the Firth Flyer from the T-Exchange which will be displayed in the Science Tent as part of Piping At Forres.)