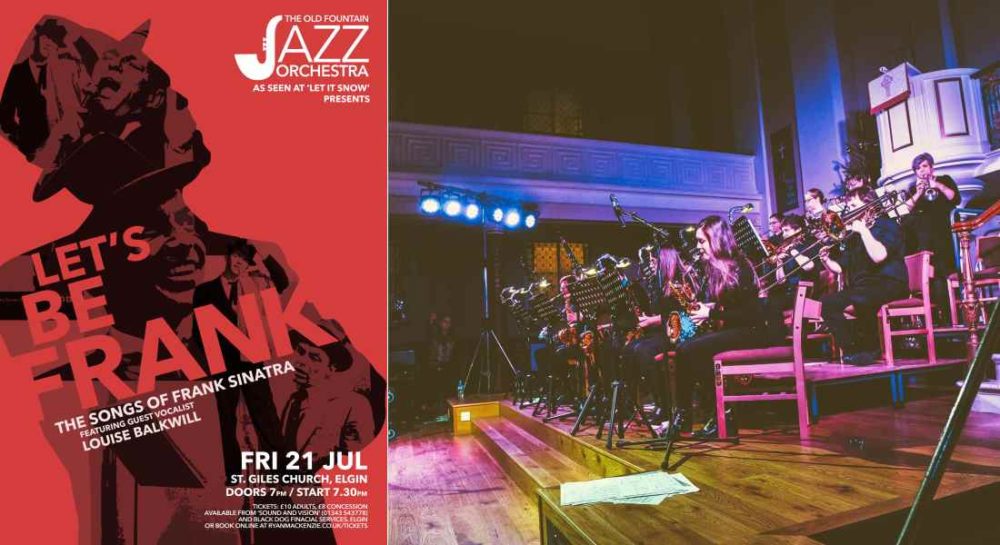 THE TEAM BEHIND the show ‘Let it Snow’ last winter are vowing to return again later this year – but first, they have a summer show to keep everyone tapping their toes!

Musical Director Ryan MacKenzie called on insideMoray this week for a helping hand in getting the message out that ‘Let It Snow’s’ summer cousin will be ‘Let’s Be Frank’.

Ryan said: “We had an overwhelming response to Let It Snow and that has encouraged us to return in the summer – hence ‘Let’s Be Frank’ which will be performed at the St Giles Church in Elgin on July 21.

“It is an evening of Frank Sinatra music – and for people who have been to Let it Snow, which was hugely popular last year, it’s the same band!”

The band being led by Ryan now has a name – the Old Fountain Jazz Orchestra – and is made up from local musicians alongside some of the most in-demand jazz musicians in the UK.

Ryan added: “We are being joined by an incredible singer from London, Louise Balkwill. Louise has performed at leading venues in London including the world famous Ronnie Scott’s Jazz Club and Oliver’s Jazz Bar.”

Tickets are available in advance for what promises to be a special night – they can be obtained from Sound and Vision in Elgin at £10 or £8 for concessions, or online via ryanmackenzie.co.uk/tickets