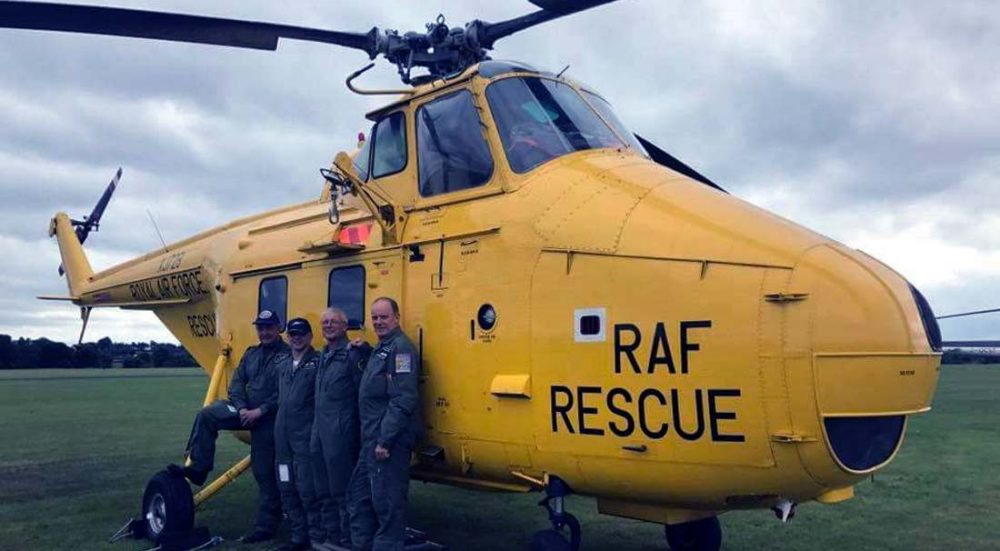 MORAY COULD BE set to boast a second classic flying hero in the form of a SAR Whirlwind – a forerunner to the Sea King.

Almost exactly two years after a superb community effort led to Morayvia being able to obtain a Sea King at their Sci-Tech centre in Kinloss, the men and women behind the centre are working on obtaining a Whirlwind to their collection.

This week former SAR airman and Morayvia volunteer Bob Pountney once again took to the air at the Cosford Air Show on board a Whirlwind – one of the first search and rescue aircraft he had flown in a long and distinguished RAF career.

On his way back from the show, Bob spoke to Morayvia’s Mark Mair, who told insideMoray: “Bob said how fantastic it was to fly in this iconic SAR helicopter again.

“It is now a project for Morayvia to look into – the perfect partner for our Sea King which, of course, is the Helicopter that took over the SAR role from the Whirlwind. We are very keen to obtain and Whirlwind, bring it back to Moray and restore it to close its former glory.”

Bob became a well-known face around the country when he regularly appeared in the reality television series ‘Rescue’ in the late 1980s. The dramatic rescues he featured in included the Piper Alpha rescue mission – but the series included less dramatic but equally important roles such as rescuing new born babies!

Now his main concerns are his ‘babies’ in the form of Morayvia’s growing aircraft collection.