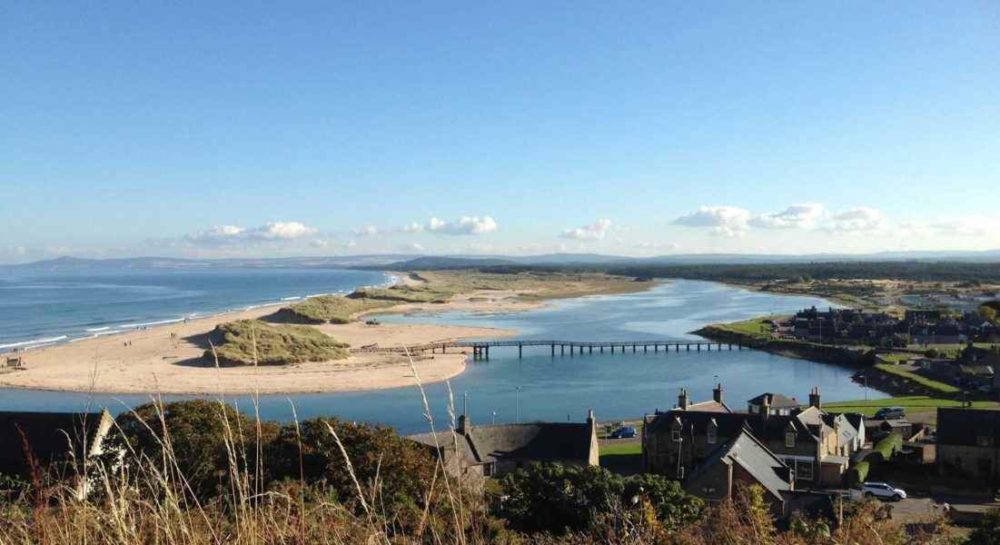 ONE OF THE MOST beautiful spots in Moray is being gradually destroyed by people who appear to care little for the environment in which they live, work and play.

That is the view being expressed this week by a local man who was left so disgusted with the debris left on Lossiemouth’s East Beach that he took to clearing it up himself.

However, Eddie Kerrigan has insisted that there is only so much one person, or even an entire community, can do if others choose to simply disregard common sense and litter our beaches in the manner constantly being witnessed.

Mr Kerrigan said: “I walk our dog on what is increasingly become less of a beach and more of a rubbish tip every day.

“On Wednesday this week I took a large bag with me and carried it off the beach full of rubbish – on Thursday I did the same thing, but it is a struggle for me to carry what ends up as a very heavy load – and still there remained a lot of rubbish on the beach and around the dunes.

“The picture I took shows the remains of a beach party for someone named Kieron who appeared to have been celebrating his 17th birthday. Littered around was a large collection of Vodka, beer and other bottles – as well as girls underwear and food remains.”

Mr Kerrigan’s find follows a report by Coast of Moray Beachcleaners group member Pete Miners, who has written to the three newly elected Fochabers/Lhanbryde councillors over the condition of the beach which is part of their ward.

Inviting one or all three councillors to accompany him on a walk around the area before he himself moves away from Moray, Mr Miners said: “Clearly, this problem needs to be on the map. Before I started this in 2014, it appeared stakeholders pretended it wasn’t happening at all.

“Crown Estates still don’t seem to have lifted a finger. SEPA have evidently been nearly spineless although it did seem to be them that persuaded Moray Council to roof their plastic bottles recycling bays.

“Mind you, they have sat back and let me do it on the cheap, which is management of a sort, but no use when I’ve gone. So surely it is up to councillors and others to make sure there is an action plan going into the future – and accountability.”

Fochabers/Lhanbryde councillor Marc Macrae welcomed the efforts of both Mr Kerrigan and Mr Miners – adding that Moray clearly has a problem with more irresponsible residents.

He said: “Whilst I applaud the efforts of Mr Kerrigan and Mr Miners in clearing up rubbish discarded by others I am greatly disappointed by those who demonstrate no care for the environment and happily leave their rubbish on the roadside, riverbanks and indeed along the coastline.

“Moray has some fantastic beaches and it takes very little effort for people out enjoying our landscape to pack up their empty bottles and wrappings and take them home again at the end of their visit.

“It is only right that people take a greater responsibility for their actions and take more pride in the countryside for all to enjoy.”

Heldon & Laich councillor John Cowe, meanwhile, sees a need to increase the penalties for those creating the mess substantially. He said: “Since 2014 Mr Miners has made a huge effort to clean all sorts of waste left by the public and the tide around the estuary of the River Spey and along the shore to Lossiemouth – and we have to applaud he and Mr Kerrigan’s efforts in doing so.

“It is very unfortunate that some members of the public take no pride in their surroundings or appreciate just how beautiful Moray is and it is such a shame that the few spoil nature’s blessings for so many.

“The fine for litter dropping and dog mess needs to be substantially higher and I have said that for some time.”