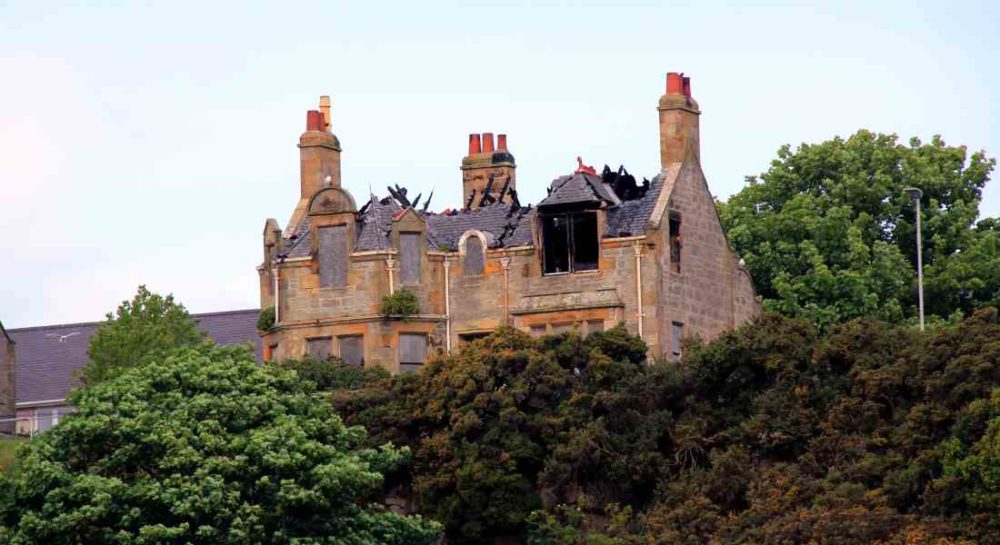 AN UNSIGHTLY BUILDING that has lain derelict for years looks set for a new future as Moray Council are seeking to impose a compulsory purchase order on the owners.

‘Brae Lossie’ on Lossiemouth’s Prospect Terrace commands sensational views over the town’s East Beach – but has lain empty for a decade.

A search was launched two years ago to locate the owners and seek information on their intentions – but the building was almost completely destroyed by fire, making it an even greater eyesore.

Now Moray MP Douglas Ross has welcomed news that the Moray Council is taking action. In a written response to the MP, the chief executive at the local authority has said a paper will go before councillors in August recommending a compulsory purchase order be placed.

Mr Ross said: “I wrote to Moray Council about the house which has become nothing more than an eyesore after being contacted by fed-up constituents. I am pleased to hear that the council is now planning on taking action to address the issue.

“This property has been a blot on the landscape of Prospect Terrace and Lossiemouth as a whole for far too long. I know how much time has been spent on finding a solution because we took steps to get the owner of the house to deal with it during my time on the council’s planning committee.

“However, I’m pleased to say that I received a reply to my letter from the Chief Executive this week stating that a paper is coming to committee in August which would be the start of a process for a compulsory purchase of the derelict house.

“I am sure this will be welcome news to local residents who have to live near it and simply want action taken. The house is little more than an eyesore in its present state.”

Last night local councillor John Cowe said that he hoped his colleagues in the council chamber would support the compulsory purchase order.

He said: “I have been working on this problem literally since the day I was elected in 2013 as a priority to resolve since it has been dragging on for years.

“I constantly questioned Head of Estates, Head of Planning , Head of Council Tax Dept and fellow Councillors to support me in finding a solution to the issue and have kept the Lossiemouth Community Council informed at all times.

“Thankfully they listened and I am delighted that it is at last coming to Committee, following confirmation that the owner of the property is alive.  This has not only been a great cause of concern to the neighbours but has been a hazard and a scare on our beautiful town.

“I urge my fellow Councillors to support me in taking all necessary steps to finally deal with this eyesore.”