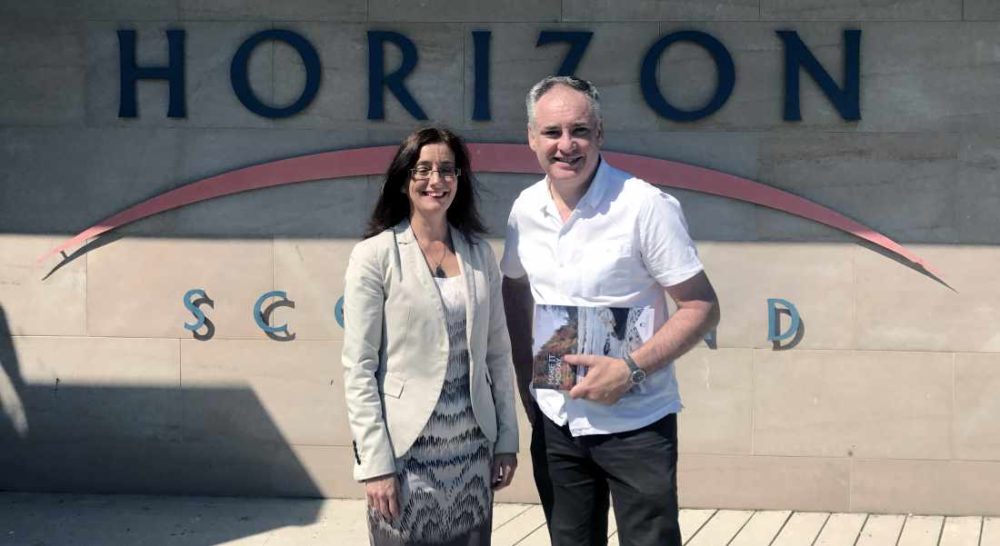 MORAY MSP RICHARD LOCHHEAD has got together with the newly appointed Chief Executive of Highlands and Islands Enterprise to discuss current opportunities and challenges for the region.

Mr Lochhead met Charlotte Wright at the Forres Enterprise Park where they looked to the future for local business and the economy – with the impact of Brexit on the Moray economy at the top of the agenda.

During the discussions, Moray’s MSP requested that Highlands and Islands Enterprise produce a report analysing what Brexit will actually mean for Moray’s economy and for businesses based here.
Mr Lochhead also raised the issue of attracting public sector workers to Moray, with most recent challenges including recruiting teachers and medical staff, such as junior doctors.

He received and welcomed an acknowledgement by Ms Wright that there is a role in HIE to work with public bodies and other agencies, ensuring that Moray will be seen as a first-class place in which to live and work.

“I was delighted to meet with Charlotte following her appointment to the role of Chief Executive of Highlands and Islands Enterprise,” the MSP said, adding: “HIE plays a key role in supporting and developing opportunities for growing businesses in Moray, so it is important for me as local MSP to work closely with them.

“Brexit is the biggest political and economic issue we face right now and there will clearly be an impact on Moray’s economy and our local businesses. I’m keen to understand what the scale of that impact will be and for challenges and opportunities to be identified as early as possible as we move towards Brexit.

“I welcomed the assurances given by Charlotte that HIE is already working with local businesses to support them and to consider how Government and agencies can respond to that. I’ve asked that HIE commission a report that will look closer at the specific impact on communities in Moray, and I very much hope we can get some helpful analysis out of that, so that we can understand what we face in the coming years.”

Recruitment of key workers was highlighted at the meeting as one of the challenges faced in Moray over recent years, the MSP saying: “Most recently we’ve had the well-publicised problems recruiting teachers and currently there are the issues around medical staff, including junior doctors, at Dr Gray’s.

“Overall, I had a very productive meeting with the new Chief Executive and I will be working closely with her on these issues and others, including the roll out of broadband and growing tourism in Moray going forward.”