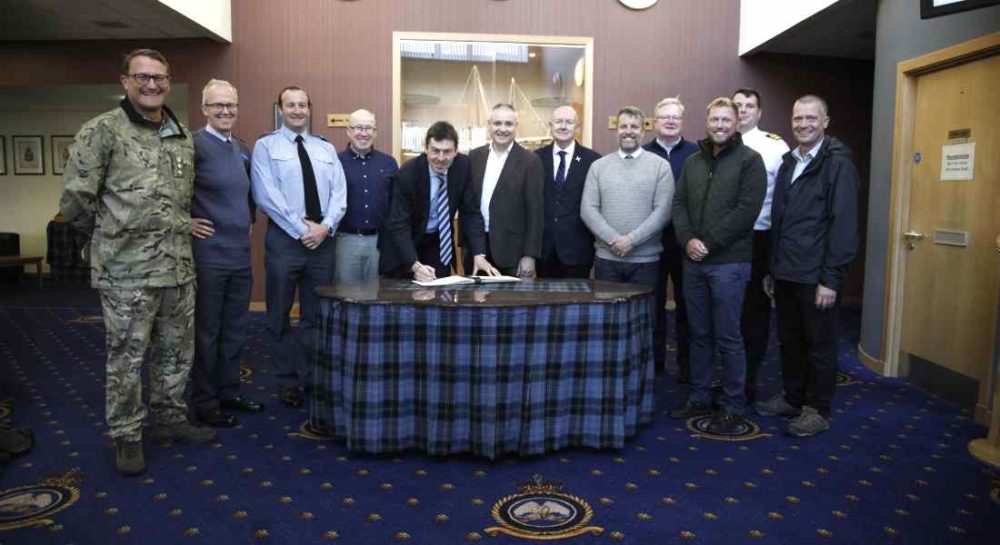 MEMBERS OF THE SCOTTISH Parliament from throughout Scotland descended on RAF Lossiemouth this week to see Scotland’s only operational fighter base in action.

Holyrood’s presiding officer was joined by members and officials, including local MSP Richard Lochhead, in a visit designed to learn more about the key role played by Lossiemouth in protecting UK interests 24/7.

The MSP’s had already visited the Army’s Glencorse Barracks in Penicuik last month – with a visit to the Royal Marine Commando’s base at Arbroath being planned for November.

Air Officer Scotland, Air Vice-Marshal Ross Paterson said: “Our Parliamentary visitors heard how RAF Lossiemouth’s Quick Reaction Alert interceptors help protect the Nation’s airspace, and discover how £400m is being invested on site to make us ready for the arrival of our new Maritime Patrol Aircraft fleet, beginning in 2020.

“Most importantly, they also met with our people and their families, including visiting our Childcare Centre, to better understand the particular needs of Service families. “This was also an opportunity to showcase the contribution of the RAF in Scotland to both national security and also how we contribute to Scotland’s Science, Technology, Engineering and Mathematics (STEM) agenda through our schools’ outreach programme.

“We also updated our guests about our new ‘Flying Aces Scheme’ where we are giving disabled and disadvantaged Scottish youngsters the chance to fly.”

During their visit the Parliamentary group visited Typhoon flight simulators and aircraft, a parachute simulator and found out about the work of the RAF’s mountain rescue team in Scotland.