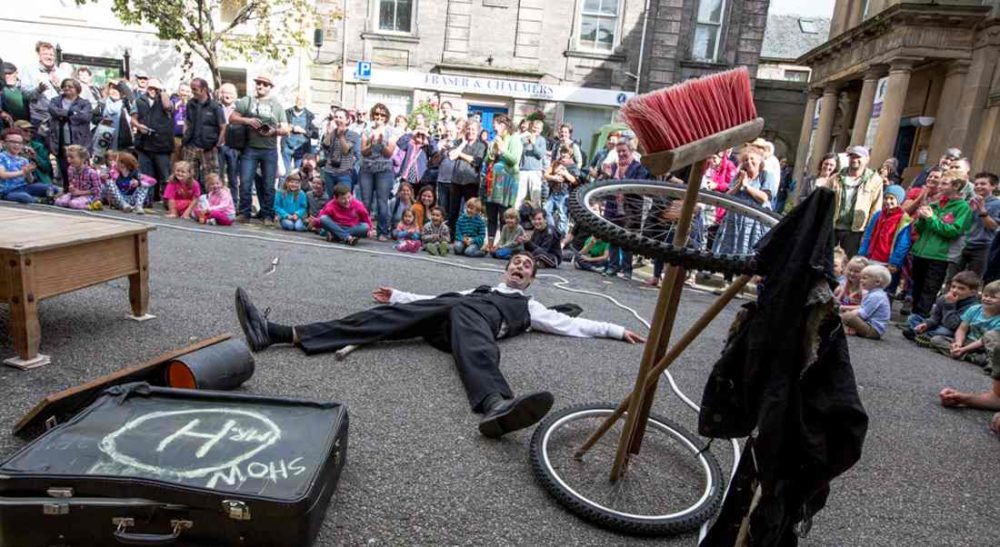 A MORAY FESTIVAL has been named in the final list as part of a national newspaper awards event.

The 2016 Findhorn Bay Festival is a finalist in the Cultural Event of the Year category, part of the prestigious Sunday Herald Cultural Awards.

The annual awards recognise the very best of Scottish Culture across the vibrant sector in Scotland with honours presented in fifteen different categories. More than 150 entries were received as part of this year’s event which sees the Findhorn Bay Festival reach the final alongside other prominent events including Celtic Connections and Belladrum Tartan Heart Festival.

The nation’s most celebrated stars including Ewan McGregor, Liz Lochhead James McAvoy and Karen Gillan, among many others, are also nominated for what’s been dubbed Scotland’s ‘Cultural Oscars’.

Findhorn Bay Arts Director Kresanna Aigner said: “The whole team are thrilled that the Findhorn Bay Festival is a finalist in the Cultural Awards.

“Just to be a finalist alone and recognised nationally for the success of the Festival is fantastic for the event and for promoting Moray as a go-to cultural destination.”

A spokesman for Moray Speyside Tourism said that the nomination further enhanced the region’s reputation for high-quality cultural events. He said: “By attracting visitors from across the world, the biennial Findhorn Bay Festival has a unique role in Moray Speyside’s tourism economy and undoubtedly has contributed to the growth in visitor numbers, strength of our tourism offering and economic impact.

“The festival itself contributed an £675,000 to the economy, which is a stellar example of the opportunities and impact which occurs when we work creatively and collaboratively. It’s fantastic to hear the Festival is being recognised at the Scottish Cultural Awards.”

The winner will be revealed along with the other Culture Awards finalists at a star-studded awards ceremony this evening (Thursday) at the event in Glasgow being hosted by Janice Forsyth.