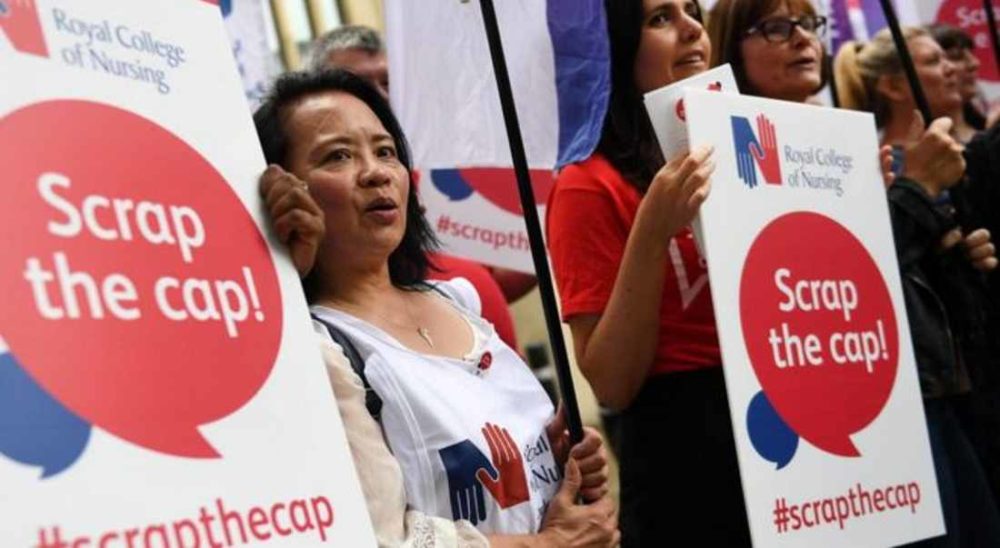 A CALL HAS been made by Moray’s MSP asking the UK Government to “stop flip-flopping” on public sector pay and endorse an SNP policy to end the pay cap.

Richard Lochhead MSP is calling on action from the UK Government and has hit out at the Tory MP Douglas Ross for voting against a Labour amendment to the Queen’s Speech on the issue – however, Mr Ross has hit back that had he not done so his tenure as an MP would not have lasted past the first vote.

Last week the Scottish Parliament was informed by finance secretary Derek Mackay that ‘time was up’ for the annual 1% cap on public sector pay increases.

The UK Government has come under severe pressure over the policy as such as military personnel, health sector workers, firemen and police continue to have constraints on pay increases while facing increasing rises in the cost of living.

The Scottish Government is now engaging with trade unions ahead of the next Scottish budget to discuss a future public sector pay policy – and say that they are recognising both rising living costs and the need for sustainable public finances in order to ensure fairer pay for nurses, teachers and all public sector workers in Moray.

Mr Lochhead said: “The SNP Scottish Government has listened to independent pay recommendations – showing the many nurses, doctors and police officers and thousands more public sector workers in Moray that their incredible service is valued and that they deserve pay that reflects real life circumstances.

“Indeed, showing public sector workers in Moray how much we value their service is ever more pertinent as we face rising inflation and increasing living costs.

“With some public sector workers in Moray still subject to UK wide pay policies, the Tories must act and act now to confirm that the pay cap will be scrapped.

“I was hugely disappointed that one of the first acts of Moray’s new Tory MP, Douglas Ross, was to vote against removing the public sector pay cap and he should explain to local public sector workers why he believes they don’t deserve a pay increase.

“The clear message coming from Scotland to the Tory government is to end austerity, and end it now.“

In an interview recorded for the pilot edition of a new radio news service in Moray, Wave Newsbeat with insideMORAY, Moray’s MP Douglas Ross explain his position on voting against the Labour amendment on ending the public sector pay cap.

“Therefore, while it sounds a very positive amendment to support, the consequences of supporting that amendment are far more extreme than you would expect.

“There has also been talk on the government side that you may not see very much of in the media or hear much about that we are looking at the pay cap going forward into the budget.

“That is where I would hope to achieve some success in having these negotiations, being part of these discussions within government, not supporting a Labour amendment that they put on the table not expecting that amendment to be agreed.”

The one hour pilot news show will be broadcast later this week via Wave Radio and streamed via insideMORAY.