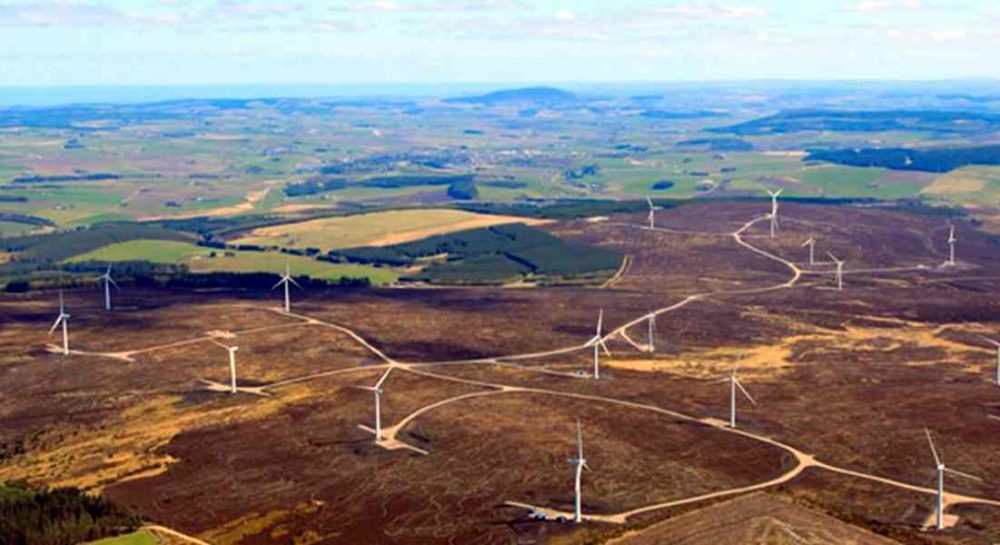 ANOTHER MORAY COUNCIL decision to refuse planning permission for a windfarm development has been overturned by the Scottish Government.

A proposal to expand the existing Hill of Towie windfarm between Keith and Dufftown had been placed before councillors three years ago.

In February 2015, members of the planning committee were split 5/5 on allowing Renewable Energy Systems (RES) to expand the existing 21 turbines to 37, with new turbines reaching up to 400feet high.

However, the application was refused on the casting vote of the committee’s then chairman, Douglas Ross. Moray Council urged the Scottish Government to back their refusal – however, SNP ministers have now said that it should go ahead.

RES’s head of projects Simon Peltenburg welcomed the decision, saying that onshore wind was now the cheapest for of energy generation: “Hill of Towie II will now play an important part in helping to make the transition to a low-cost, low-carbon future for Scotland.”