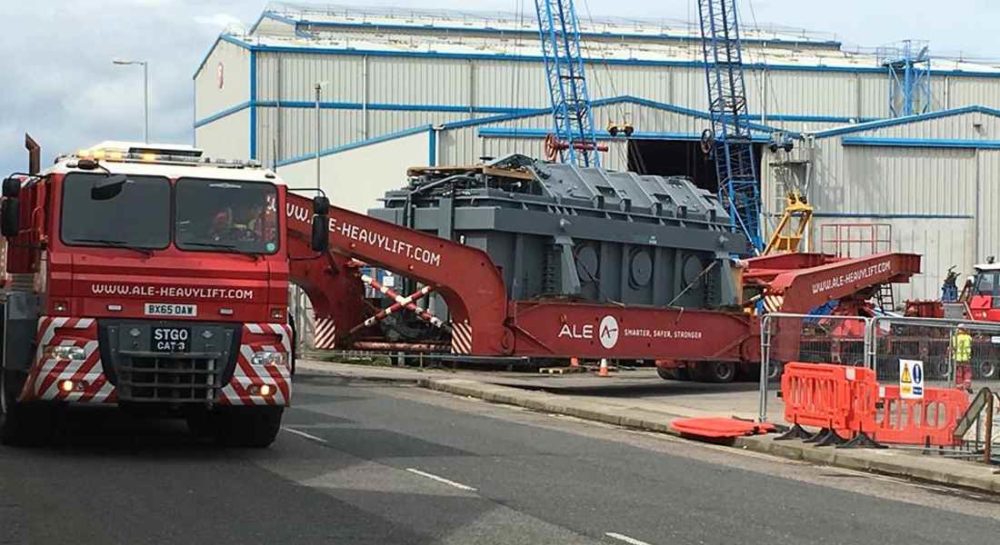 MOTORISTS IN MORAY are being reminded that the transportation of exceedingly heavy loads between Buckie Harbour and the SSEN facility at Blackhillock will see some road closures this weekend.

Weighing in at around 245tonnes each, the four massive units, which have already been delivered by sea from Sweden, are being loaded onto specialised vehicles and moved to the site near Keith.

They will be transported over the next four weekends starting on Sunday – and as a result the B9016 between Buckie and Keith will be closed to allow the transporters to manoeuvre safely along the road.

There will also be parking restriction placed on the A96 in Keith in order to ensure a clear pathway for the transportation.

SSEN’s project manager David Fraser said that his team will be working closely with police and roads authorities to ensure the equipment is delivered safely: “Every stage in the journey of these transformers has been carefully planned.

“Once they arrive and are installed on site they are expected to play a key role in the network for decades to come – this represents a significant milestone in the Blackhillock development and the overall Caithness to Moray transmission project.”

The first convoy is expected to leave Buckie Harbour at around 8am on Sunday and will travel along Commercial Road, Freuchny Road and March Road. They will then take the A98 Fochabers road before joining the B9016 and A96 to Blackhillock. The same times and routes will be repeated on Sunday’s July 16, 23 and 30.