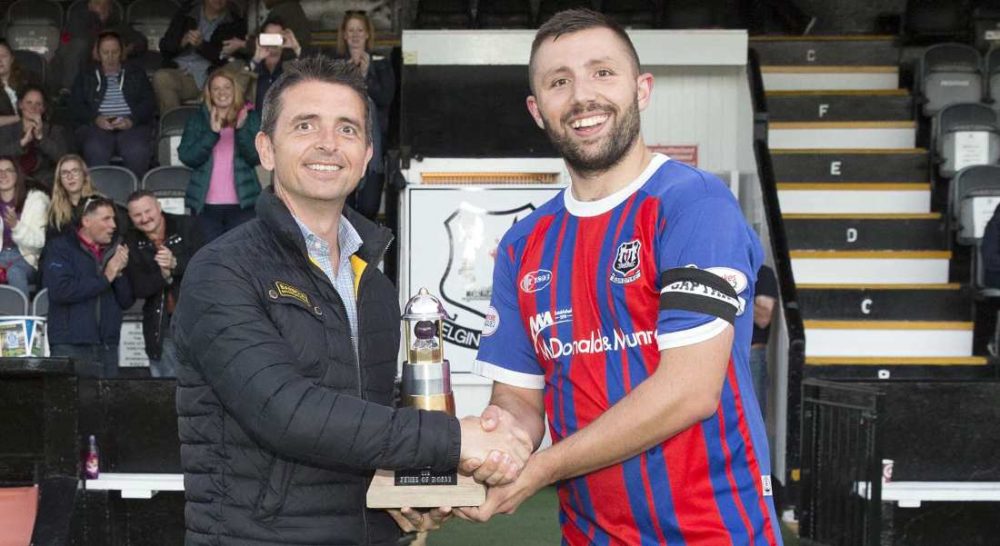 AN RAF POLICE TEAM lost out in a penalty decider in their charity match against Police Scotland at Borough Briggs, the home of Elgin City, earlier this week.

The game ended 1-1 after the regulation time resulting a penalties to decide where the trophy would go – that honour fell to Police Scotland who won 5-2.

A small crowd turned up to support the two teams who were raising money for the Lesser Borough Briggs Community Trust (LBBCT). Both teams’ goalkeepers were responsible for some great saves and each team had periods of dominance.

Both goals came in the last fifteen minutes, with an unfortunate own goal by the RAF Police team leading to a spirited fightback from them. Just five minutes later the RAF Police team had put the ball in the net at the other end of the pitch, and despite efforts from both sides the match ended 1-1.

The RAF Police team’s penalty kicks let them down and they missed three attempts, whereas Police Scotland scored the full five. Man of the Match was awarded to Flt Lt Nick Hanover of the RAF Police team. Half time entertainment was provided by the RAF Lossiemouth Pipes and Drums. After the match the trophy, named the Jewel of Moray, was presented to Police Scotland’s captain PC Jamie Durkin by RAF Lossiemouth’s Station Commander, Group Captain Paul Godfrey. Final donations amounted to just under £500 for LBBCT.

On behalf of all the organisers Sgt Dave Halil expressed his thanks to everyone who had supported the even, saying: “It’s been a real team effort to get the match set up, but I’d really like to thank Elgin City FC and Gordon & McPhail for supporting us, and everyone who came along and donated some money.

“The money raised will go towards creating an all-weather pitch that will be available for all of the sports players of the future in an around Elgin.”