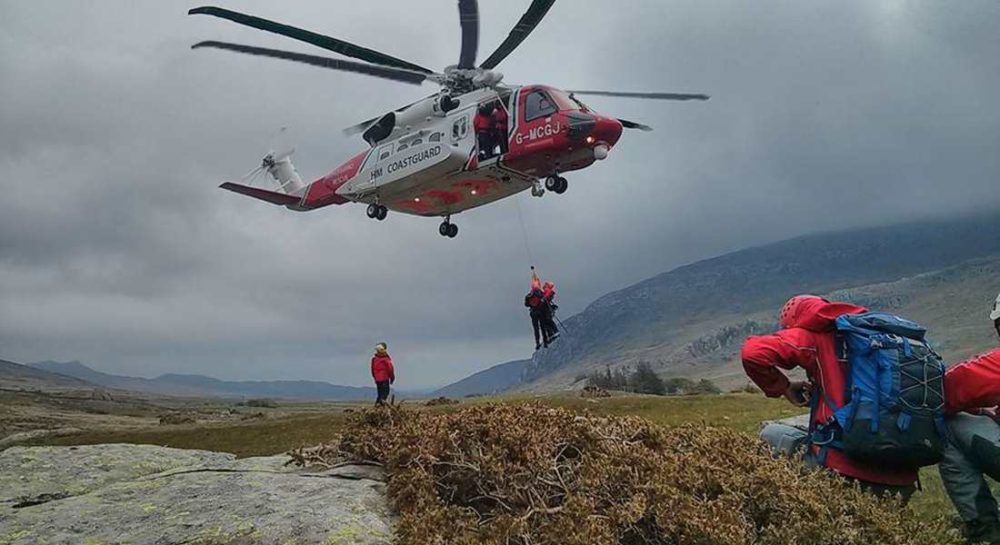 A GROUP OF MORAY SCOUTS had to be rescued after they took a wrong turn while trekking in the Cairngorms.

The mixed group of boys and girls from Mosstodloch, aged between 11 and 14, were reported missing after failing to return to their base near Carrbridge. That resulted in a Coastguard rescue helicopter being scrambled – and thankfully locating the group at a remote bothy.

Things went wrong for the Scouts while they were on a practice hike for an award – their adult supervisors were awaiting their return and when they failed to do so raised the alarm.

However, the group were praised for using the training they had been given, making for a remote bothy on the River Dulnain when they got lost, lighting a fire inside the building to keep warm as darkness fell and temperatures dropped.

SAR captain Simon Hammock said: “They had travelled a significant distance over uneven ground and as the weather deteriorated they elected to seek shelter in a bothy. Their scouting training had been put to good use and had ultimately ensured their safety.

The group were airlifted back to Sluggan Bridge, after which Police Scotland’s Inspector Mike Middlehurst said: “This was a very well-coordinated operation and we are very grateful to our partners, especially Cairngorm Mountain Rescue Team and the local estate staff, whose local knowledge and expertise helped locate the children quickly and safely.

“The group was well equipped with maps, food and water and thankfully they did the right thing by seeking shelter in the bothy which helped with finding them.”

Last night local councillor Marc Macrae revealed that his daughter was on the expedition but was not part of the missing group.

Councillor Macrae said: “This was clearly a very worrying time for the Scouts at their base camp as they waited on news of their missing friends.

“Whilst I am sure many questions will be asked about the lack of adult supervision on this patrol’s hike I am grateful that there were no injuries and indeed the scouts used their training and experience to good use, as well as being very well equipped.

“I would express my thanks to Police Scotland, the Mountain Rescue team and indeed the Coastguard helicopter crew for their efforts in returning the youngsters safely to their campsite.”