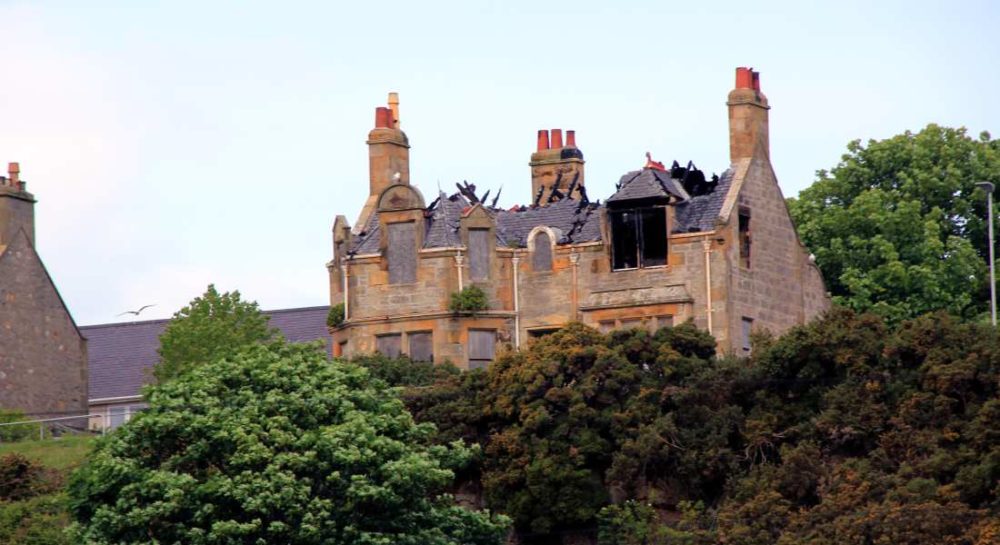 A MORAY COUNCILLOR has been expressing his delight that action was finally being taken over a derelict building in his home town.

Councillor John Cowe has fought to draw a close to the ownership issue for Braelossie, a once magnificent home overlooking Lossiemouth’s picturesque East Beach that had been left empty for 20 years.

On Tuesday, Councillor Cowe, who is not a member of the planning and regulatory services committee, was given permission to speak on the issue of starting compulsory purchase order proceedings.

Councillors agreed that the action should go ahead, and while it will take some time for ownership of the building to pass to the local authority Councillor Cowe expressed his gratitude that the first steps had finally been taken.

He said: “I specifically asked to be able to speak to the Planning Committee on the subject of BraeLossie on Prospect Terrace – and I am grateful to the Chair , Councillor Feaver, for allowing me to do so.

“I am likewise grateful for the patience and perseverance of the Council officers who tracked down the owner after many years of trying to make contact. Since I was elected in 2013, it has been a priority of mine to find a solution to this eyesore not just for the sake of Lossiemouth but also to give some respite to the neighbours who have constantly been hounded by prospective buyers who wanted to know who owned the house.”

It was following a fire that gutted the building two years ago that greater efforts were made to contact the owner of BraeLossie, who lives overseas. That eventually succeeded – although since the first contact responses have been ‘patchy’.

Councillor Cowe said: “Mr Stewart finally responded to requests to contact the Council late last year – but these contacts have been few and far between, to the point that I asked planning officers to bring a paper to Committee and have this eyesore dealt with as soon as possible.

“I am delighted that Committee agreed to a Compulsory Purchase Order and to instruct the legal department of the Council to bring this forward as soon as possible.

“Unfortunately this will take some time – but on the plus side it is the first step (after approval of Full Council) in finally addressing an issue that has caused a great deal of concern to our community.”