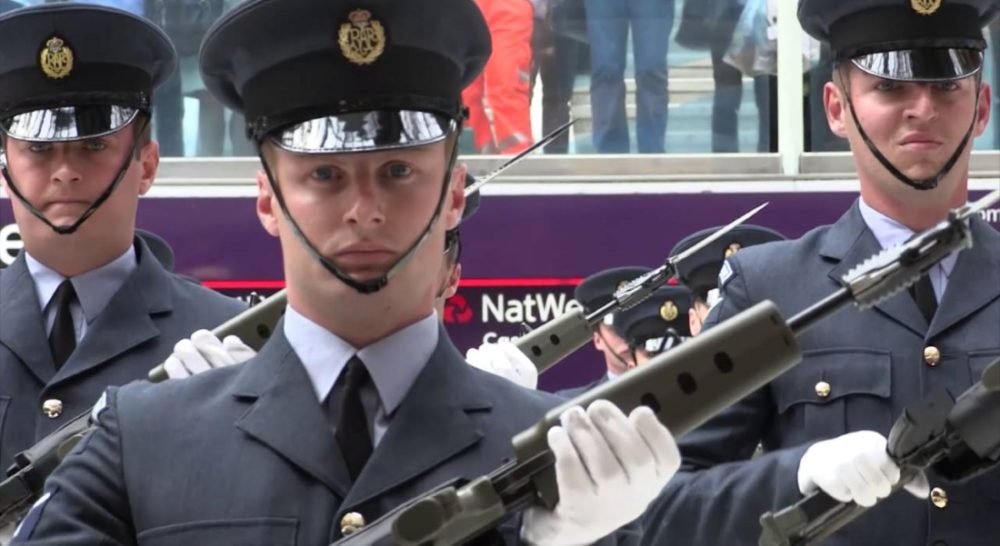 THE IMPORTANT ROLE Moray has to play in the annual Highland Military Tattoo is to be underlined by a pre-event military parade through Elgin.

It has been revealed that the Pipes and Drums of the Black Watch will lead a procession through the town next month, supported by the RAF Regiment’s elite Queen’s Colour Squadron (QCS).

The QCS are renowned around the world for their drill displays including at the state opening of parliament. They are also regularly seen as the guard at Buckingham Palace but only rarely seen this far north.

Their appearance in Elgin ahead of the Highland Military Tattoo at Fort George is being used to demonstrate the high level of participation Moray-based forces play in the event. This year it will see 2622 Squadron from RAF Lossiemouth alongside participating groups from Gordonstoun and Forres.

A highlight of the event this year will be a flypast from an RAF Lossiemouth based Typhoon, reprieving the same role they provided over Edinburgh Castle for the Tattoo this year. Director of the Highland Tattoo is Maj General Seymour Monro, who is himself based in Moray.

He said: “This short parade in Elgin gives us a chance to promote the event – but also to say thank you to the many supporters it has in Moray. It may be called the Highland Military Tattoo but in every sense, this is a tattoo from and for the Highlands and Moray.”

The Plainstones performance will be held at 12.30pm on Friday, September 8 – on the day that the Highland Military Tattoo opens with performances until September 10.

Tickets for the Tattoo can be purchased online.