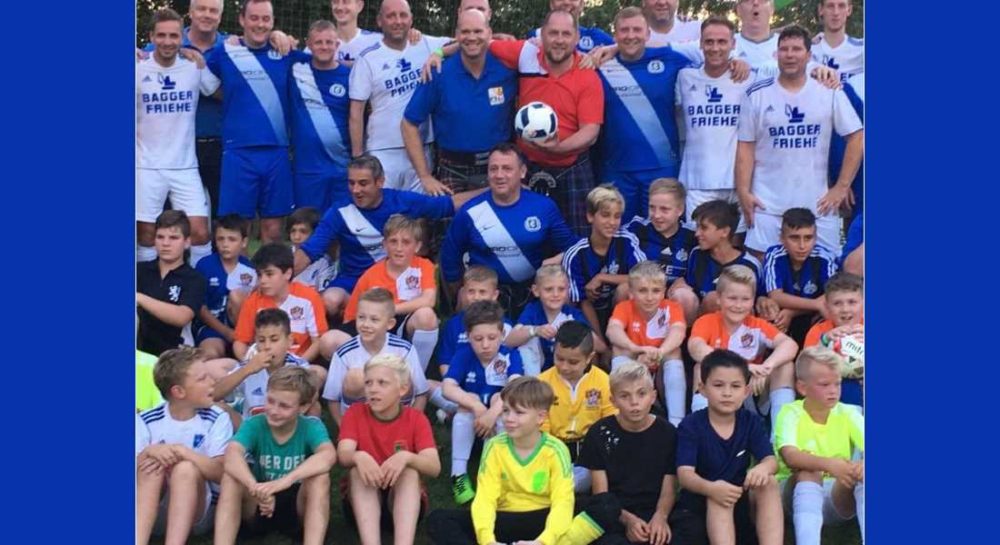 FORRES SOCCER SEVENS embarked on their greatest adventure ever when they set out for Vienenburg in Germany recently.

A group of 16 children and 16 adults left the Moray town – despite flooding in Vienenburg at one point casting doubts over the entire trip by the successful local football activities club.

The excited group set out for Newcastle to catch an overnight ferry to Amsterdam before going on by road to Forres’ German twin-town, finally arriving to a warm welcome at the youth centre where they would be based for the week.

Their first few days where a whirlwind of activities guided by their hosts, before they finally arrived at the ‘business end’ of their visit, football – a mini-tournament – and the Soccer 7’s team emerged winners of their first-ever international trophy. Their first game saw hat-tricks from Ethan Lynch, Ben Ross and Connor Finlayson with the game finally ending at 9-3. Alas, their second game was not quite so simple, losing out 7-2. They recovered to win their third match 9-3 to win another piece of silverware.

To round off the perfect trip in football terms, the adults then took to the field for a Scotland v Germany clash – and won 4-2 with goals from Paul Lynch, Neil Finlayson and two from Grant Macdonald.

Soccer 7’s Shaun Moat said: “We can’t thank our hosts and Martin Mahnkopf enough for the great trip. We departed Vienenburg around 7am for the return trip to Forres where we returned last Sunday to a greeting of Family, Friends and Club Officials.

“I would very much like to thank the following companies without whose help this trip would never have taken place – Berryburn Windfarm, Lossiemouth Garage, Thompson Tyres, Pedigreed Cars, Benromach Distillery, Stuart Fraser Window Cleaner, AES Solar, Springfield Homes – and all the parents and children who helped or attended fundraising events.”