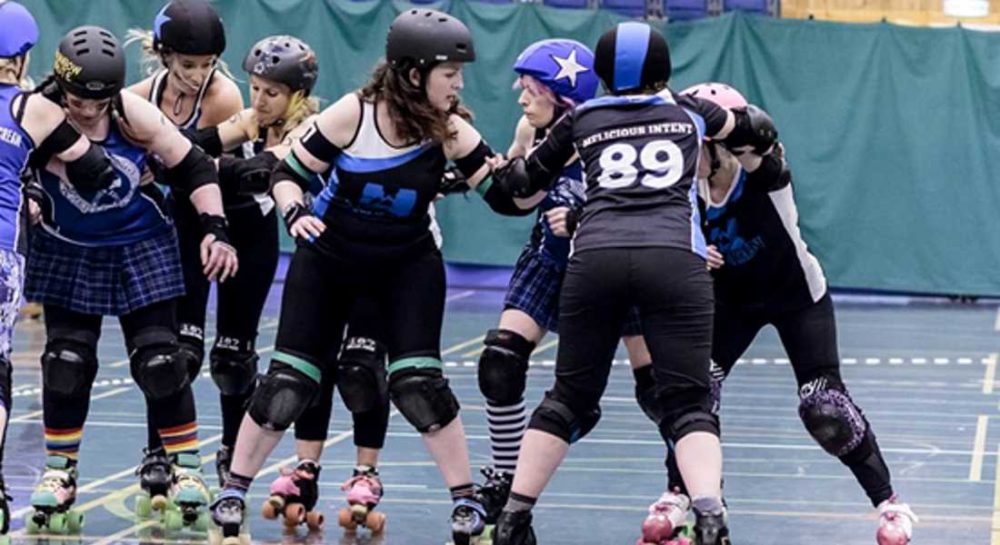 WHEN IT COMES to team contact sports there is one being practised in Moray that could not be further from our ‘normal’ football and rugby.

Roller Derby is a fast-paced full-contact sport played out on roller skates by two teams competing in hour-long ‘bouts’ to score as many points as possible.

Never a region to shy away from exciting ideas, Moray has its own Roller Derby team – Helgin Roller Derby – and for the curious there is a ‘come and try’ day being organised on Sunday, August 27 where anyone over the age of 16, regardless of gender, size, shape or fitness level can come along and learn to skate.

Captain of the team is Melanie Newbould aka ‘Mellicious Intent’ who explained: “Modern-day Roller Derby started in Texas in 2001 and is currently the fastest-growing female sport worldwide. It shot to fame in the 2009 film ‘Whip It’ directed by, and starring, Drew Barrymore – and gained popularity due to its grass-roots origins, camaraderie, female empowerment and theatrical-style pun names.

“Recent years have seen an increase in interest in the sport from male athletes – and now male and co-ed teams are also popping up across the globe. Forres loon, Daniel O’Neill (Knocker Spaniel) currently skates for Glasgow Men’s Roller Derby and is in the selection squad for the 2018 world cup for the national men’s team, Power of Scotland.

“Helgin Roller Derby was formed in November 2014 and is still working towards building a team to compete nationally. The current small band of skaters enjoyed victory in their first game in April this year – but had to call on help from some guest skaters from neighbours, Inverness City Roller Derby and Granite City Roller Derby to roster a full line-up.”

Mel said that to continue the club needs more skaters, adding: “We were optimistic that 2017 was our year to start competing, but we’ve just been unlucky with numbers.

“We’re a co-ed team, so open to people of all genders, and no skating experience is necessary – we have a programme of sessions that teach the basics of skating and gradually progress skaters to competing as part of a team.

“It’s not only players that we need, though, a game requires seven skating referees and there’s a desperate shortage of them across the country!

“The Roller Derby Taster Day will take place at Elgin Sports and Community Centre on Trinity Road on Sunday, August 27 from 12pm – 2pm and is completely free of charge.

“All the kit required is available on the day, except a mouth guard, which is recommended, and available for around five pounds from many shops in Elgin (remember to mould it before the event).”