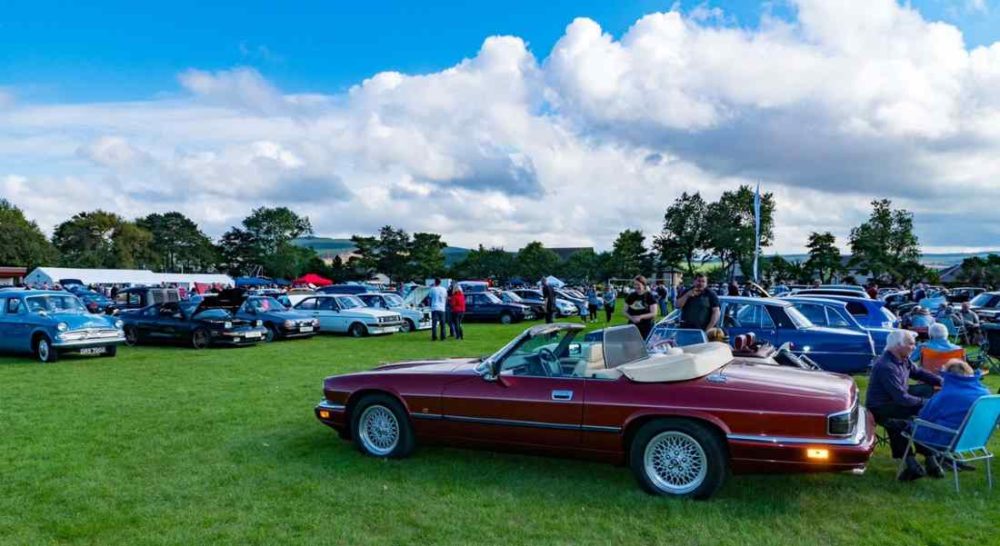 A POPULAR MORAY classic car show that was due to take place in a few weeks is facing a major crisis after Moray Council said it could not be held in a public park.

The Buckie Classic Car show was due to be held in Linzee Gordon Park on Sunday, August 27 – but it has emerged that the park is too wet to allow 250 vintage vehicles to drive over it.

Now organisers are frantically seeking an alternative venue for an event that boasts a collection of the finest modern and classic cars in the north east gathering in one place.

Members of the Buckie Classic Car Group were pointing the finger firmly at Moray Council, saying that they had ‘overreacted’ to the situation. The group have held several emergency meetings to find a resolution to the situation.

It is believed the decision from Moray Council came after sections of the park was badly churned up at the end of last month after being used for the 100th anniversary celebrations of George McIntosh VC on the day that a special memorial stone was laid.

A committee member for the car group said that the first notice of an issue came in an Email from Moray Council saying that they were cancelling the letting of the park for the show. He said: “We would not wish to put cars on ground that is not suitable – but that choice has been taken out of our hands in any case.

“We do know of a drainage issue but with three weeks still to go for the situation to improve the decision seems to be an overreaction. We had actually made changes to the layout of the show with drainage in mind.”

Local councillor Sonya Warren admitted the park was churned up in places – but added that it might have been better had the council consulted with the car group and explained the situation. She added: “This is not a great situation – the show is great for the town and brings in a lot of visitors, so I hope that a solution can be found.”

A spokesman for Moray Council said: “Given the current ground conditions in Linzee Gordon Park, it would not be suitable for use by more than 200 classic cars. We are discussing alternatives with the organisers.”