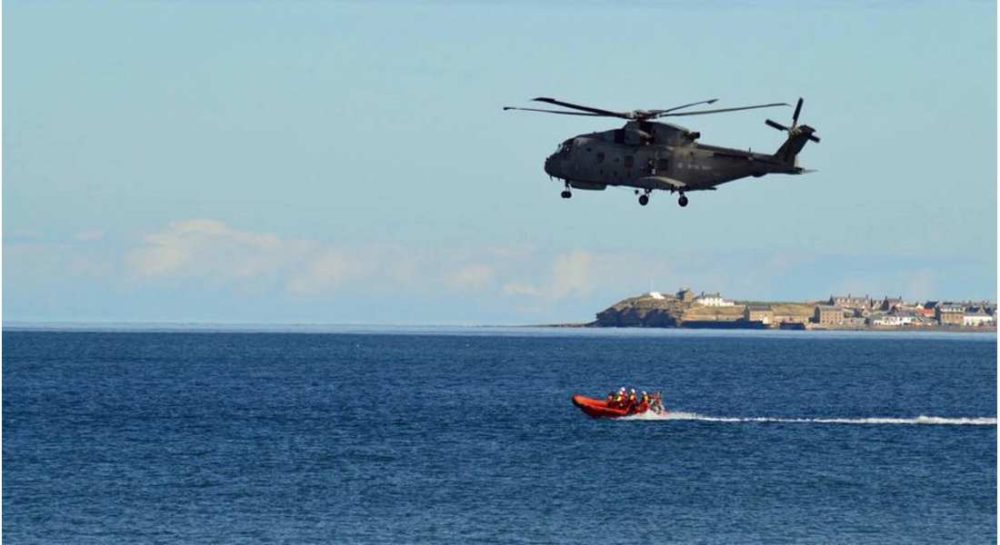 THE LOSSIEMOUTH RAFT RACE has a Moray rival with the holding this weekend of the Findhorn version – with a very good local cause behind the initiative.

Crew members from the Moray Inshore Rescue Organisation recently attended the Lossiemouth event to drum up support ahead of their own fundraising effort.

That will take place on Sunday at the Findhorn Marina – with places still available for any teams who may still have their crafts in one piece after Lossiemouth, as well as those who are willing to put one together in time for this weekend!

MIRO’s Paul Blair said: “We are geared up and ready for the Findhorn race on Sunday, August 27 at the marina, where our visitors can expect a variety of stalls with a BBQ on hand to keep hunger at bay.

“Registration for the race will be at 2.30pm with the race itself due to launch at 3.30pm. We are also aiming to hold a demonstration of the work of MIRO working alongside the HM Coastguard SAR at around 4.30pm.”