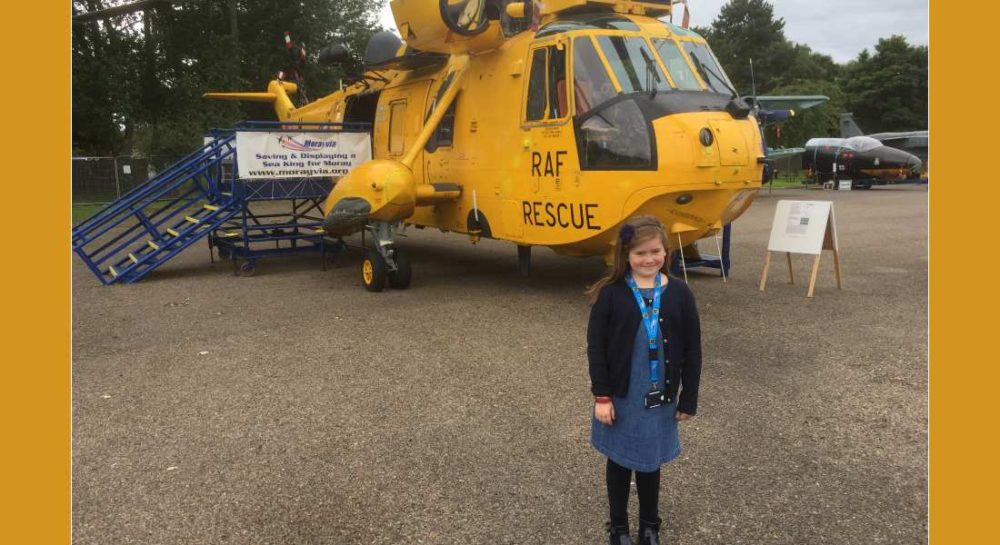 THE FORMER PRIMARY SCHOOL at Kinloss was a busy place again last weekend with the Science, Technology and Aviation centre now based there enjoying its busiest ever three days.

Over 400 visitors called in at the Morayvia centre – many of them appreciative of the work that is still being carried out to bring the best in aviation history to the Kinloss site.

Chairman Mark Mair told insideMORAY: “We had 407 through the doors over three days – with a lot of interest being shown in the progress of our former RAF Wessex, which is currently being worked on as quickly as possible to bring it up to our exacting display standard.

“Among those who visited was Lauren Murray, who had presented the Duke of York with a slate during his recent visit to the centre. Lauren called in for a close-up look at our Sea King, which remains a start attraction at the centre.

“We were also delighted to see so many more people tag on to our Facebook page when we featured the insideMORAY story last week about our new arrival – almost 12,000 people clicked on that story, demonstrating the power of social media in getting our message over to the people of Moray and beyond.”