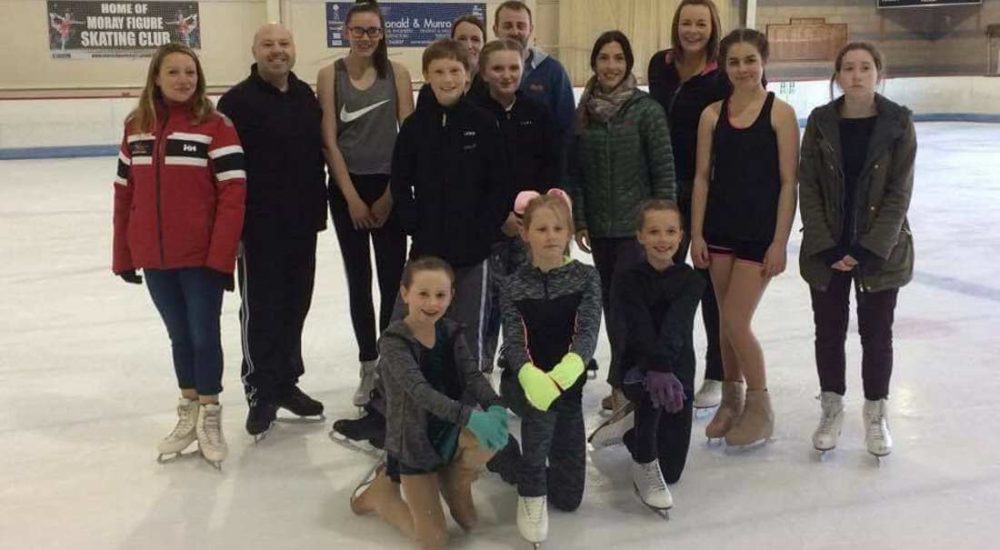 MORAY’S CALEDONIA SKATING club say they have been honoured to host a variety of events throughout the summer holidays that have proven highly successful.

The club’s coach Jon Behari made arrangements for various ISU World coaches to attend the Moray Leisure Centre for the series of well-attended events.

These included an introduction to Ice Dance from the former world, European and Olympic competitor, UK champion Ann Cronin. That event in June attracted 18 skaters of all ages who are currently on the learning curve with the Moray club – and several who travelled some distance to attend the Elgin event.

Jon said: “Ice Dance was made famous here in the UK by Jayne Torvill and Christopher Dean who won gold in the 1984 Winter Olympics with their world-famous Bolero routine.

“Torvill and Dean went on to become TV celebrities in their ever-popular show Dancing on Ice. Caledonia Ice Skating Club are the only club in Moray to teach this discipline at the Moray Leisure Centre.

“We are so excited to hear the new that ‘Dancing on Ice’ is returning to our TV screens early next year. As a club, we want to encourage as many skaters of all ages and abilities to learn how to ‘dance on ice’.” At the end of July a Synchronized Skating Camp was held with ISU World coach Sara Paterson returning for a second seminar in Moray. Again, the event was attended by over 20 skaters. In some cases it was the first time skaters had experienced the discipline of Synchronised Skating.

Jon said: “Everyone had the opportunity to learn about and skate elements from the fast-growing discipline including holds, circles, lines, wheels, intersections and steps all performed in synchronicity.”

Other skating events included Introduction to Edge Work and the very popular improvisation skating session ‘Become an Ice Star!’ led by Jon himself.

He added: “The Summer season will end this weekend and will see our ‘End of Summer Party’ – that will be open to all ages and abilities no requirement to be a member of the club – and they should feel free to bring a friend.”

The party takes place on Saturday from 4pm until 6pm at the Moray Leisure Centre and will cost £5 per skater, which includes skate hire if required. More information can be found online here.