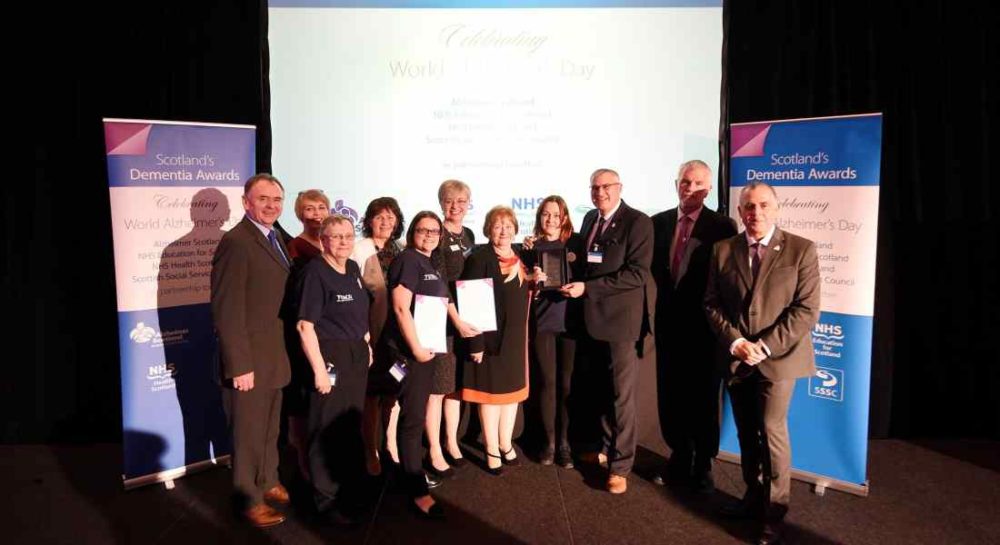 A MORAY STORE and one of its employees has been recognised for coming up with the best ‘dementia friendly’ idea in the UK over the last year.

Tesco Forres and the branch ‘community champion’ Kerry Speed were named as winner of the best dementia-friendly community initiative at the Scottish Dementia Awards organised by Alzheimer Scotland.

Their nomination came after a ‘relaxed checkout’ idea, created to allow those suffering from dementia to pass through the checkout in a relaxed and unhurried manner, received acclaim around the world.

“It was designed to be inclusive for anyone who might need more time. This initiative has captured the attention of the media and has resulted in global approval, with media coverage in the USA, Canada, Australia, New Zealand and beyond.

“The BBC Facebook post has been viewed over 11 million times and the idea has already been replicated in supermarkets in Lockerbie, Annan and Barnstaple, as well as supermarkets in the United States.”