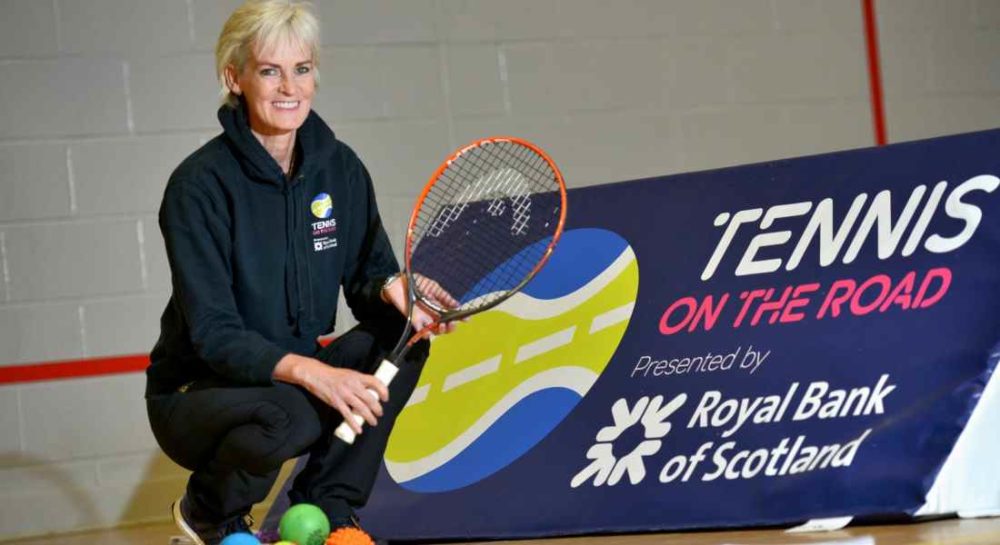 THE MOST FAMOUS tennis mum in the world is set to cast her spell on youngsters in Moray this weekend as part of a national initiative.

Judy Murray will bring her ‘Tennis on the Road’ to the Rothes Tennis Club on Sunday from 1.30pm until 4pm – providing youngsters the chance to experience the same games that set both her sons on the road to becoming Wimbledon champions.

Tennis on the Road was first launched by Judy Murray in 2014 and involves her taking her coaching team around the country, giving parents, coaches, teachers and volunteers the tools needed to get children active.

Judy said: “Tennis on the Road does exactly what it says on the tin – it takes tennis around Scotland into places where there is little or no activity.

“Our aim is to grow the game by inspiring participation and developing the skills of those who will deliver it. We will train volunteers, parents and teachers to run simple fun sessions and pop up tournaments, but we will also run roadshows and coach workshops ourselves.

“I’m very excited about Tennis on the Road because we have an amazing opportunity to capitalise on Andy and Jamie’s success and really increase participation across the country.”

Judy was scheduled to bring the scheme to Rothes last year – she had to pull out, however, at the last minute as she dealt with issues over a new Tennis Centre in the Murray’s home town, Dunblane.

While her team went ahead with the session, Judy promised she would find another day. Now Sunday’s session will see adults being shown the techniques for the first 90 minutes – and then it will be all for the kids from 3pm.

A spokesman for Rothes Tennis Club said that they had 20 youngsters under the age of 10 booked in for the session – alongside 16 adults.