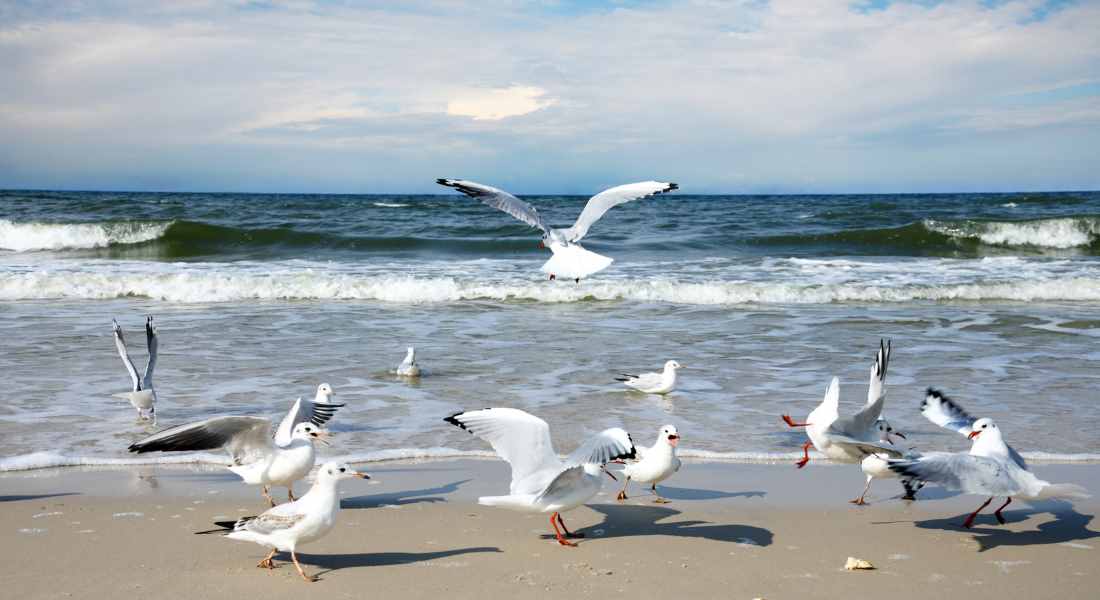 COLD WATER HAS been poured over plans in Elgin to rid the town centre of nesting gulls – by the national organisation set up to protect birds.

The RSPB have reacted to the plans by Elgin BID to use laser technology to rid the town of troublesome gulls and encourage them to move elsewhere.

In a plan that was welcomed by Councillors earlier this week, from 2018 BID would seek to explore ‘humane’ methods of encouraging the Gulls away from their ever-growing nesting sites in the town. However, it has emerged that the RSPB said they would need to study the plan – and would most likely restrict the intensity of any laser used.

An officer for the charity has said that in any case such a measure would be unlikely to succeed unless it was part of other action, saying of the Gulls likely reaction: “This might give them a fright the first couple of times – but these birds are smart enough and they could quickly realise it is just light and ignore it.”

The plan sparked a major debate not least on insideMORAY’s own Facebook Group  yesterday, with many expressing the view that the action is too little and too late – and would simply move the problem to other parts of Moray, if it worked at all.

It has emerged that BID is not the only Elgin organisation looking to lasers as a method of moving Gulls from their environment. Unit owners at the Greshop Industrial Estate are considering the same action.

Laser guns have been used for several years in the fight against nesting gulls, with farmers south of the border using them to clear gulls from their fields and buildings. Natural England’s wildlife advisor gave clearance for the devices to be used – but agreed with the RSPB judgement on other measures being required as the lasers are unlikely to be effective on their own.